Remember the signs of the Zodiac

You can use remembering months to remember signs of the Zodiac, as the following pages will show:

The dates for a particular sign of the Zodiac run roughly from the 21st of one month to the 22nd of the next. If you know the sign of the 1st day of a month, you just need to work forwards and backwards to know the actual period the sign covers. For instance, if you know that Capricorn includes January 1st, work back to December the 22nd and forward to January 19th for the full period.

But if you want the real dates, they can be found at the bottom of this page. 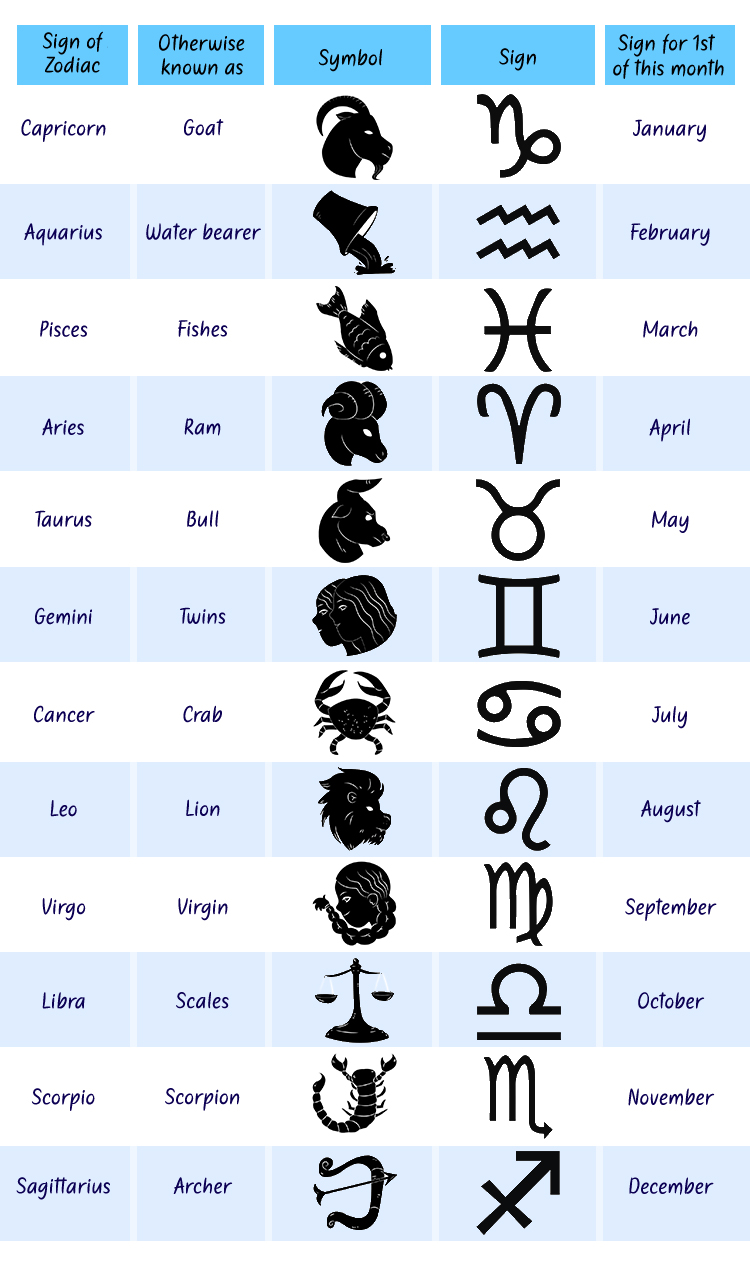