You can remember the five kingdoms using the following story: 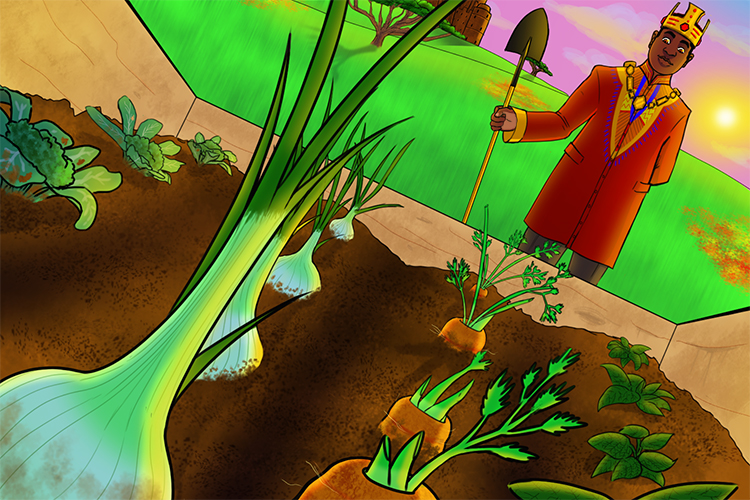 A king (kingdom) loved to be out in his garden.

Plants are multicellular organisms whose cells have a cell wall. Plants contain chlorophyll. 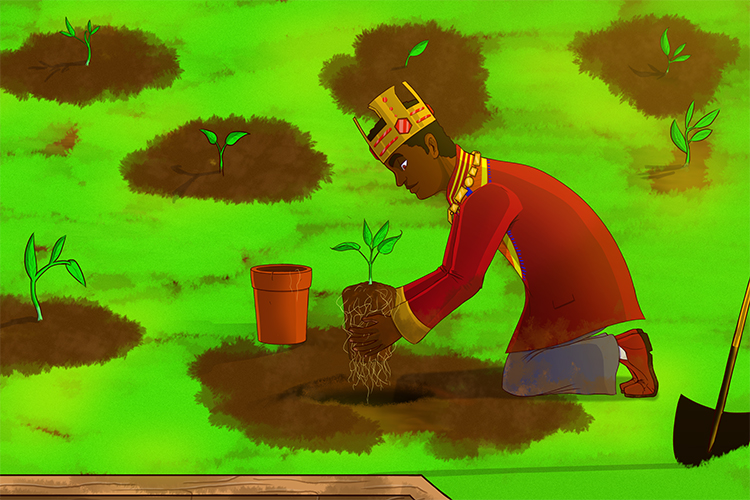 One day in the garden the king was planting some plants.

Bacteria (sometimes known as prokaryotes and monera) are single celled organisms that do not have a proper nucleus. 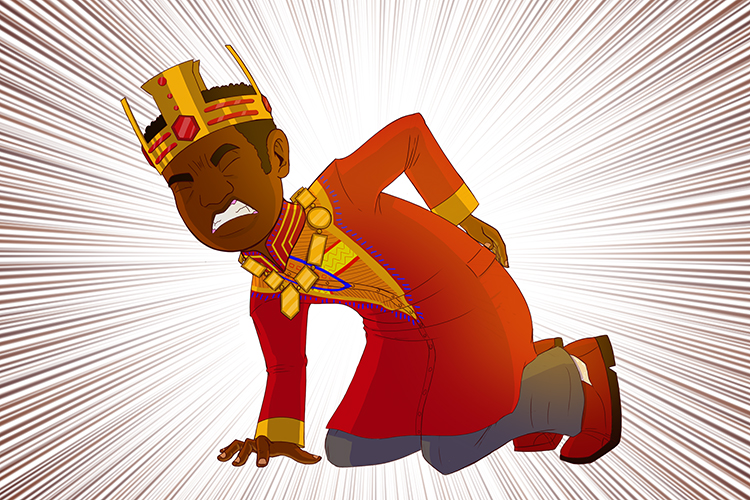 The king hurt his back (bacteria) lifting the heavy plant pots.

Note: some schools learn that this kingdom is monera (made up of bacteria), if so just imagine that the King had some money coming out of his ear (monera). Maybe you just need to remember the King's back (bacteria) had a tattoo of money (monera) on it.

Fungi are multicellular organisms whose cells have a cell walls but do not contain chlorophyll.

His fun guy (fungi) jester tried to cheer the king up as he sat on his throne.

Large multicellular organisms. Their cells do not have cell walls and don’t contain chlorophyll.

This did not work and only annoyed the king who ordered his servants (the animals) to chase the fun guy from his castle.

Protists or protoctista are single celled organisms with a nucleus eg algae.

The fun guy then started a protest (protists) outside the castle asking the king to let him back in.