In Spanish, a colour that is being used as an adjective (describing a noun) has to agree with the gender and quantity of the noun.

Below is a table showing each colour and how it is shown in Spanish taking the gender and quantity into consideration: 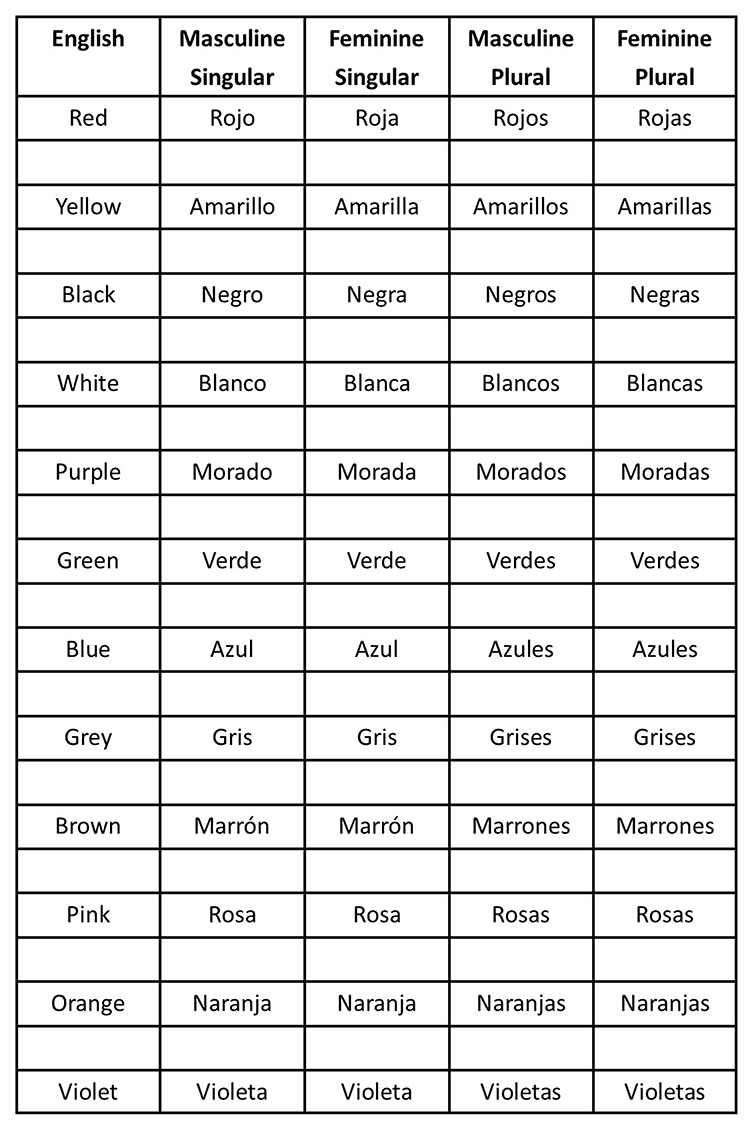 When the colour is referred to in its noun form (i.e. the colour red), the Spanish language always uses the masculine singular form for all colours.