Can i keep cutting a magnet in half?

Can I keep cutting a magnet in half until I get one atom with a magnetised north and south pole? 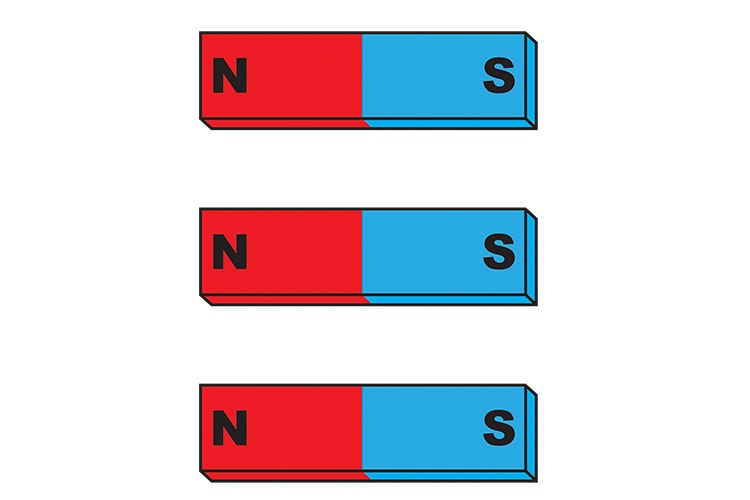 The convention in science is that north is red and south is blue.

To remember this convention think:

So if we keep going. 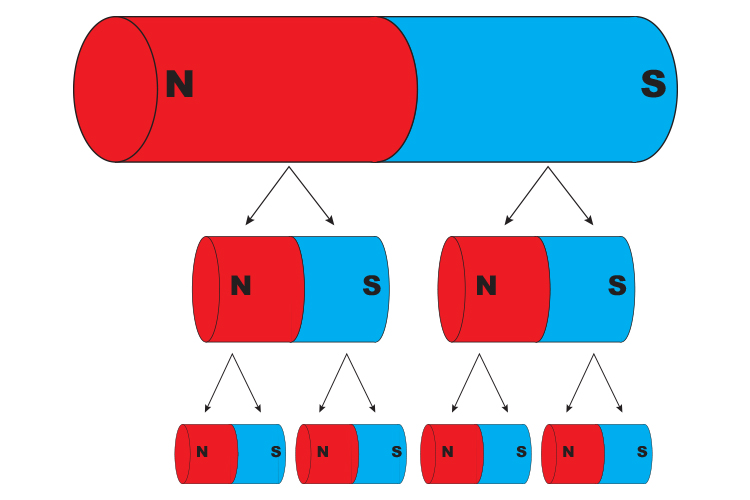 If you could cut a magnet without causing heat and damage, which re-aligns the magnetism, then yes, you can keep getting a magnet until you get down to a few hundred micrometres long and still have a magnet.

But can you go further?

As the volume of the magnet decreases the strength of its energy decreases. Once you reach the stage where the thermal energy of the room exceeds that of your magnet, the poles will flip from north to south and back again many times per second, making the magnet unstable.

However, in 2017 researchers at IBM built the world's smallest magnet out of a single atom.

So you cannot keep cutting a magnet in half until it is only one atom in size but you can create a single atom with a north and south pole.