Magnets do not push or pull. 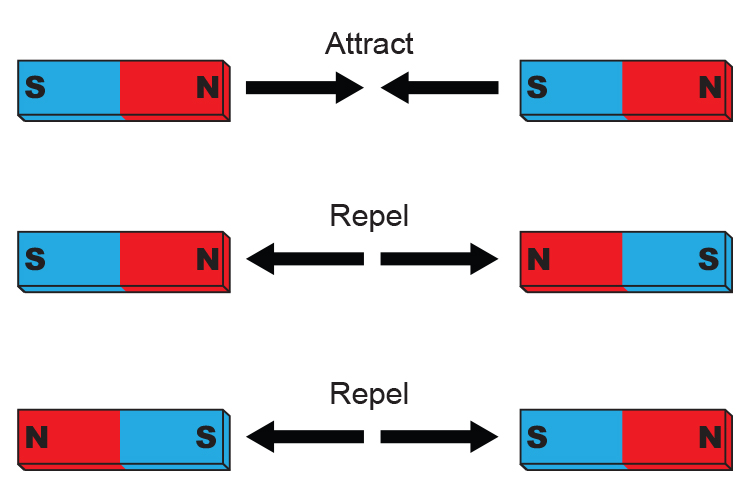 Why magnets attract or repel can not be explained at this level but we can show you what the magnetic field lines would look like. 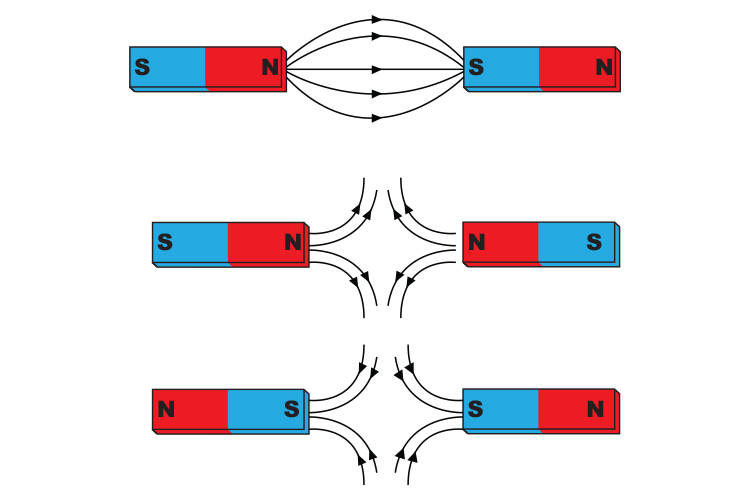