When growth or replacement cells are required for the body, mitosis occurs.

Mitosis starts with a cell. This is a normal cell (called a diploid cell) containing 46 chromosomes. 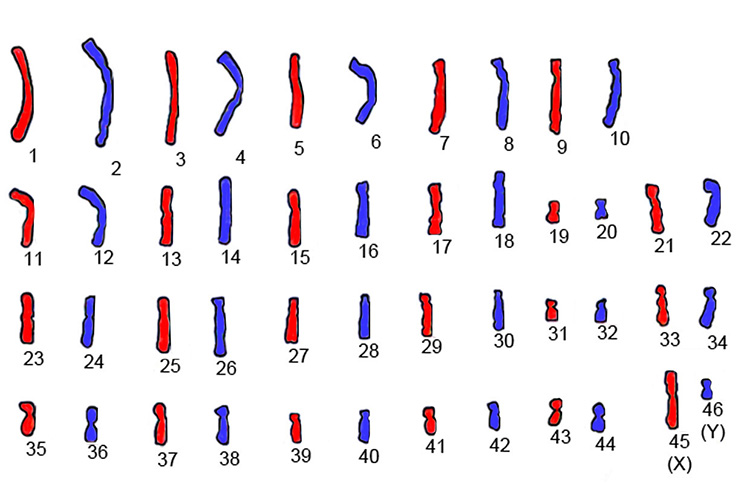 The chromosomes copy themselves and remain attached to the original. 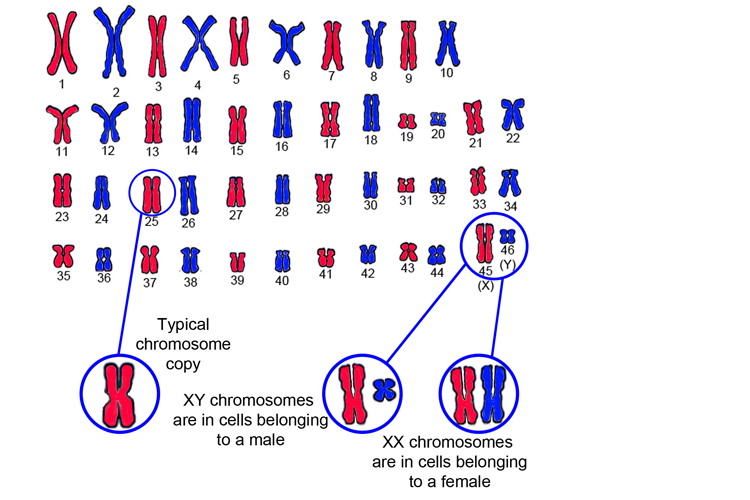 Below is an enlarged version of what the real paired chromosomes look like under a microscope.

All these chromosomes then line themselves up.

They then split down the middle to form a duplicate of each other as the cell divides.

Cell splits into two, each with 46 chromosomes. 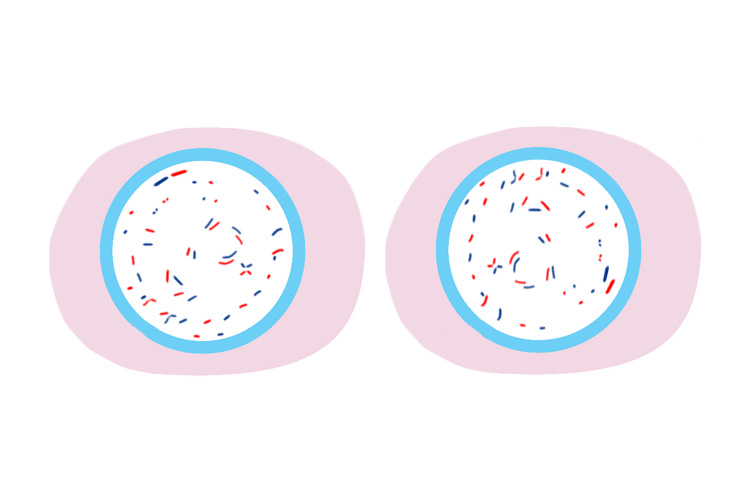 Simplified, mitosis in a nucleus with just four chromosomes would be as follows: 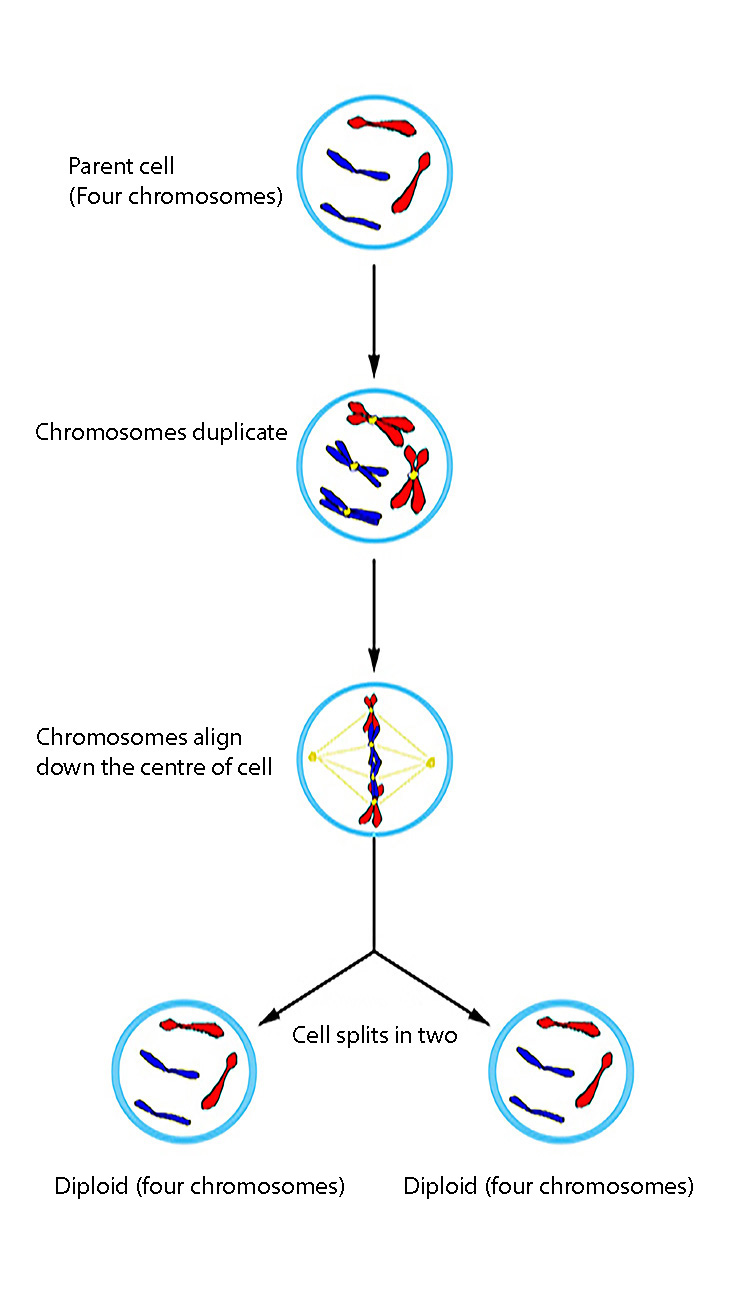