Increase the force of the motor

The force on the spinning shaft can be increased by using a larger battery. This gives you more voltage which also gives you more current through the circuit with the same resistance. Remember `V=IR`: if the resistance is the same and the voltage goes up so too must the current. This increased current will produce a stronger motion of force on the wire as it cuts through the magnetic field because an increased current produces an increase in the strength of the magnetic field around the wire. 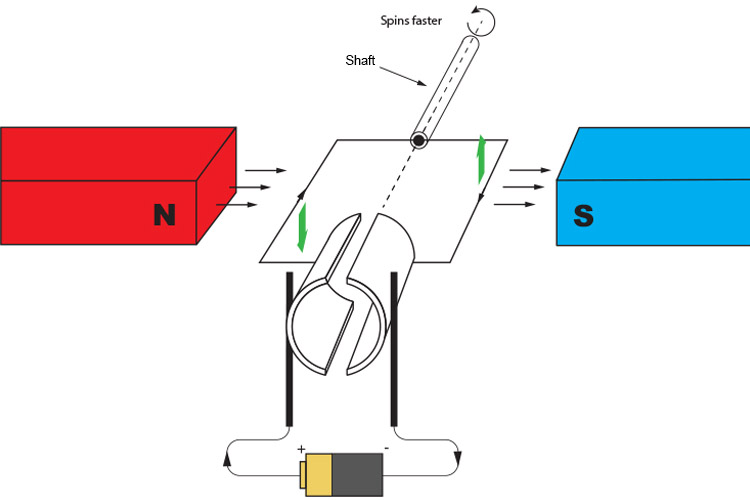 Increasing the current will increase the speed of the spinning shaft because more force is produced.

Increase the number of turns in the coil

The more turns of wire that cut through the magnet's magnetic field, the stronger the force on the wires will be and, again, the spinning shaft will turn with more force. With more force, a greater load can be placed at the end of the shaft. 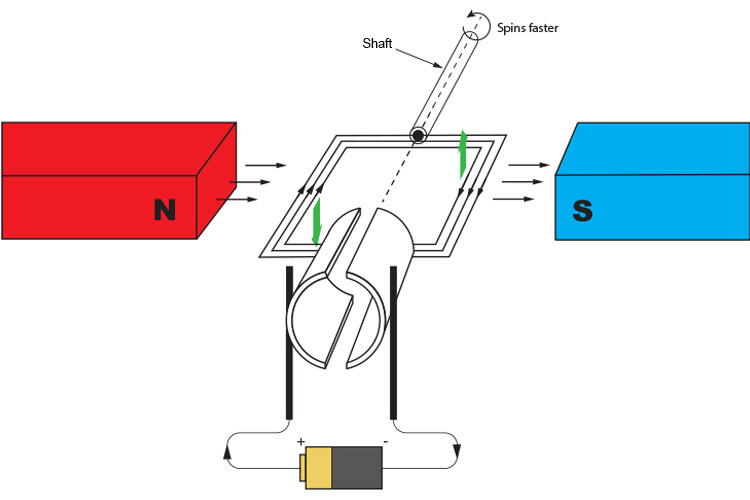 Another way to increase the force of the spinning shaft is to increase the power of the magnets either side of the wire. Magnets have the unusual property that as you move them, they exert a force on charged particles (electrons). A stronger magnetic force will push electrons more easily through a moving wire from atom to atom. 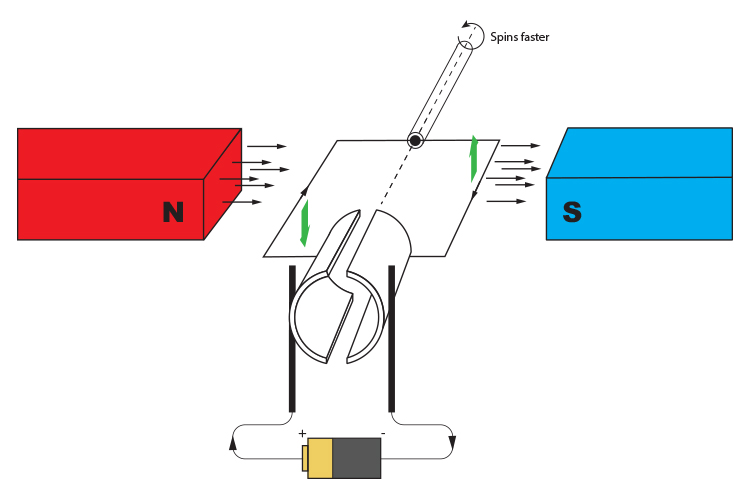