Each of the key signatures that have sharps are called different major sharp keys. 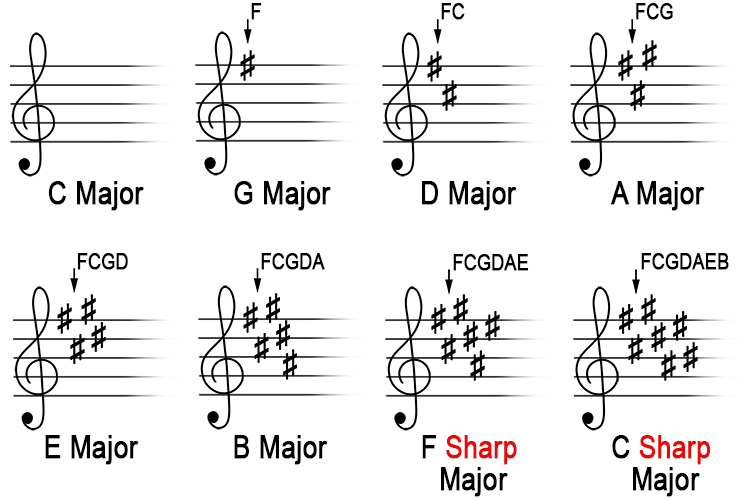 Note: notice how C major has NO sharps and NO flats but C sharp major is the opposite and has all of them.

C Major = NO SHARPS
C Sharp Major = ALL THE SHARPS

If in an exam you are shown sheet music and asked what key signature it is in, you can answer by following this rule:

If the last sharp listed is an:

A then it's B major

B then it's C sharp major (must include the word sharp)

C then it's D major

D then it's E major

E then it's F sharp major (must include the word sharp)

F then it's G major

G then it's A major

The G has to go to A because it is the next key up in music.

Look at the last sharp listed and go up one alphabet letter: 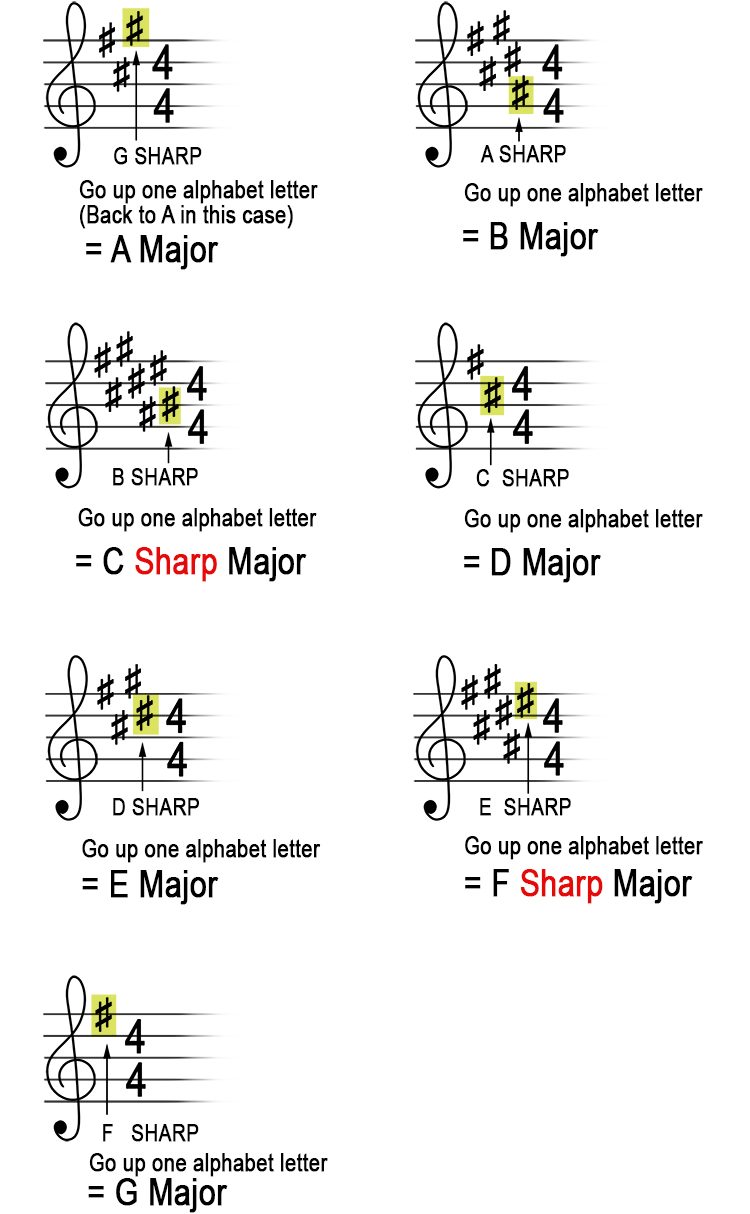