Sense organ receptors are a group of cells that detect changes in the environment (called stimuli) and turn them into electrical impulses. They are located in sense organs – the eyes, ears, nose, tongue and skin. 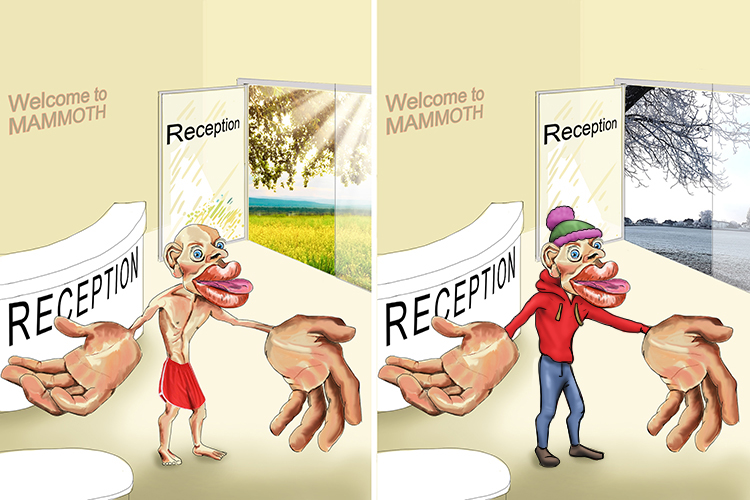 The Sensory Man (sensory neurone) working in reception (receptors) could sense the changes in the environment as he worked near the door.

The shapes of some of the different sense organ receptors.

Sense organs detect changes in the environment – for instance, temperature, sound levels and increased/reduced light intensity – and turn them into signals that can be transmitted to the spine and brain via the peripheral and central nervous systems. The brain’s interpretations of the sensations determined by the sensory system are called perception. As an example: seeing the light is sensation; determining its colour is perception.

1.  A primary receptor reacts to an external influence and is embedded in the sensory neuron itself.

2.  A secondary receptor is a non-neural cell specialised for reacting to an external influence; it releases neurotransmitters to a sensory neurone.