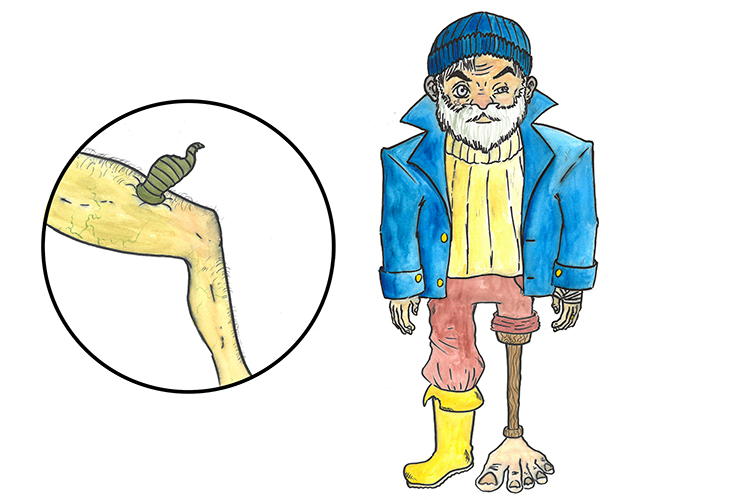 The old sailor lost his limb to rickets (limerick) and a pest (anapest) on his leg. His five (five lines) toes were preserved and placed on his new leg.

Lines 1, 2 and 5 should ideally consist of three anapests each (trimeter); lines 3 and 4 are shorter, constructed of two anapests each (dimeter), as follows:

The man from Nantucket

There once was a man from Nantucket
Who kept all his cash in a bucket.
But his daughter, named Nan,
Ran away with a man,
And as for the bucket, Nantucket.

Notice that the rhyme scheme of a limerick is:

Sometimes, the stressed syllables can be:

There WAS a young MAN from KharTOUM.

What a WONderful BIRD is the PELican

What a wonderful bird is the pelican,
His bill can hold more than his beli-can.
He can take in his beak
Food enough for a week
But I’m damned if I see how the heli-can.