In Spain, Castilian Spanish is not a uniform language; there are several regional variations, and there are other official and unofficial languages spoken in Spain including but not limited to Catalán, Euskera and Gallego.

It's important to note that different varieties of Spanish spoken in Spain and in Latin America vary significantly in grammar, pronunciation, vocabulary and the use of idioms.

The following pages will provide you with mnemonics (memory aids) to help you remember how to pronounce certain Spanish letters or letter combinations. 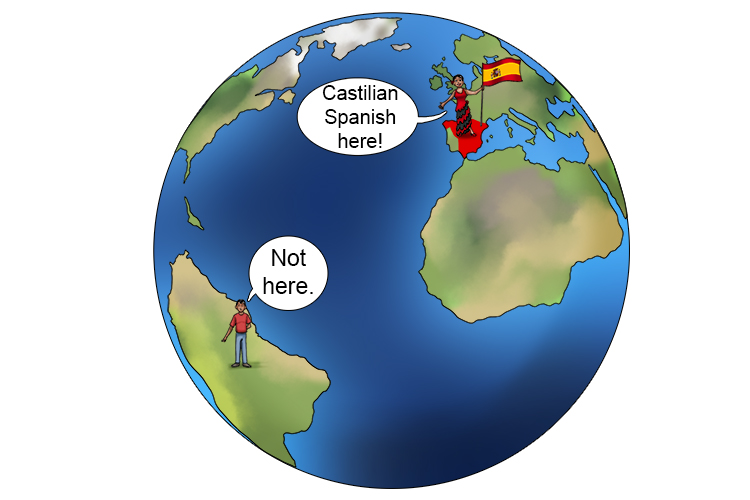