Remember the pronouns for the third person – T or H

Viewpoint pronouns that have a “t” or an “h”, or both, in them are used in third person writing.

If you see the following pronouns used by a writer to indicate viewpoint, then the text is described as third person.

To remember this, the following will help: 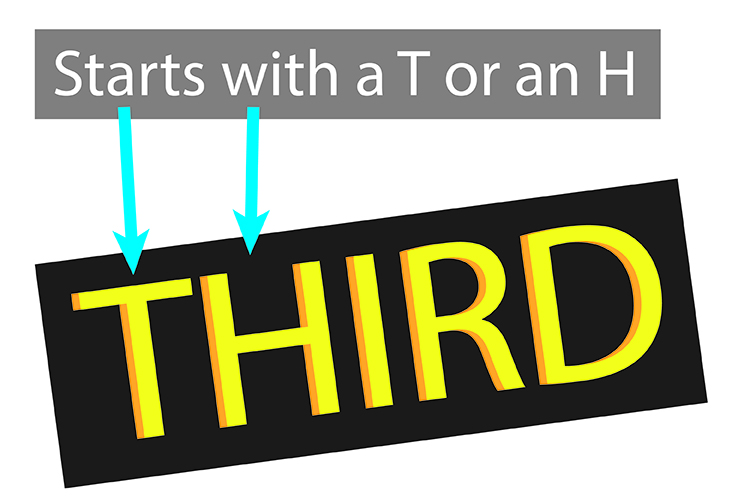 “Third” starts with a T and an H. Third person pronouns always have a T or an H in them.

This sentence is an example of third person writing:

They buried Carlos Sanchez in just his clothes at the foot of the hill. No one knew him better than Mateo Diego, so it was he who spoke a few words before the mourners took their leave. They dispersed in many directions and they all knew they would never meet up again.

First person and second person pronouns are generally not used at all in third person writing unless they are in quotations – e.g., a character is saying something, or the writer is quoting another person or source.