For example, sodium can lose an electron in a reaction to become Na⁺, a positive sodium ion. We can say the sodium has been oxidised.

If the +ve element and –ve element immediately attract and form another compound, this is called a redox reaction.

A redox reaction is a reaction that involves the transfer of electrons between elements and then an immediate bond.

The word 'REDOX' is made from words that describe the two reactions: reduction and oxidation.

In an oxidation reaction, a metal loses electrons and forms an ionic bond with oxygen that has stolen the electrons.

(Note: this is why oxidation is sometimes referred to as the gain of oxygen by original scientists but now we understand electrons, we know it occurs with other elements).

In a reduction reaction, oxygen can leave an element like carbon and gain an electron from a metal and then join with the metal to form an ionic bond.

(Note: this is why reduction is sometimes referred to as the loss of oxygen because an element has lost oxygen).

The best way to remember this is to recall the following mnemonic: 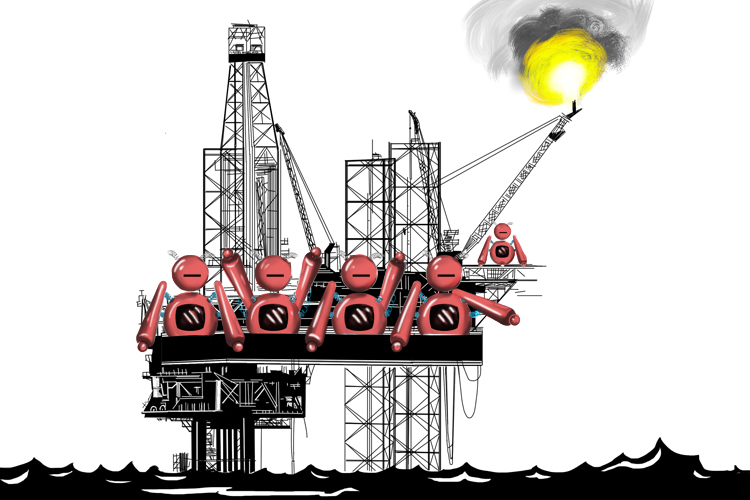 To remember this think OIL RIG.

Oxidation Is the Loss of electrons

Reduction Is the Gain of electrons

If you are given this equation and asked which substance has reduced and which has oxidised, you don’t need worry about the electrons. You can just say:

Magnesium has gained oxygen and oxidation has taken place. The magnesium has been oxidised.

If you are given this equation and asked which substance has reduced and which has oxidised, you don’t need to look at the electron arrangement, you can just say:

Reduction has taken place as copper oxide has lost oxygen.

Copper oxide has been reduced to copper.

If you are given this equation and asked which substance has reduced and which has oxidised, because it includes oxygen, you can say:

Lead (Pb) has lost oxygen and been reduced.

On the other hand, carbon has gained oxygen; it has been oxidised.

Lead oxide has been reduced, carbon has been oxidised.