His trunk was hated by the mountain guides who had to carry it but they were spurred (truncated spur) on up between the hanging valleys by the big tip he gave them. 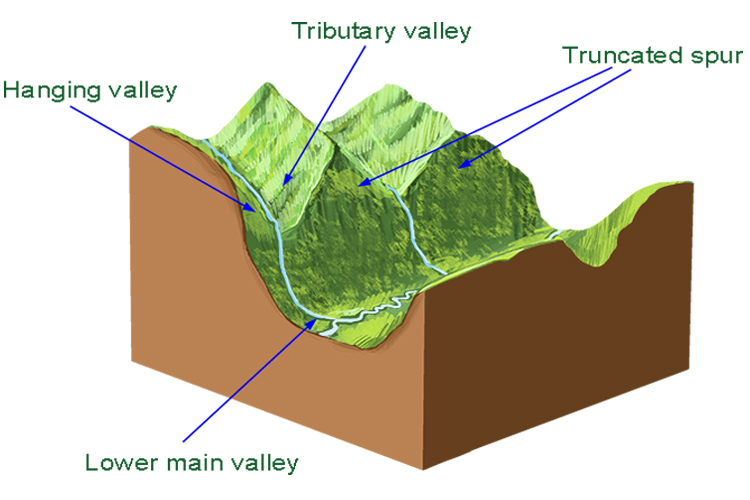 Where large glaciers moved along like very slow, massive bulldozers, cutting through landscapes, they occasionally crossed the paths of existing valleys.

Where this happened, a glacier would cut through the hills either side of the existing valley.

This action cut off, or truncated, the “spurs” – the ridges either side of the existing valley – leaving a distinctive, upside-down V-shape where the ridges were cut away.