Convex lenses are used in cameras, which work in a very similar manner to a human eye. See convex lens – object at more than `2F`. 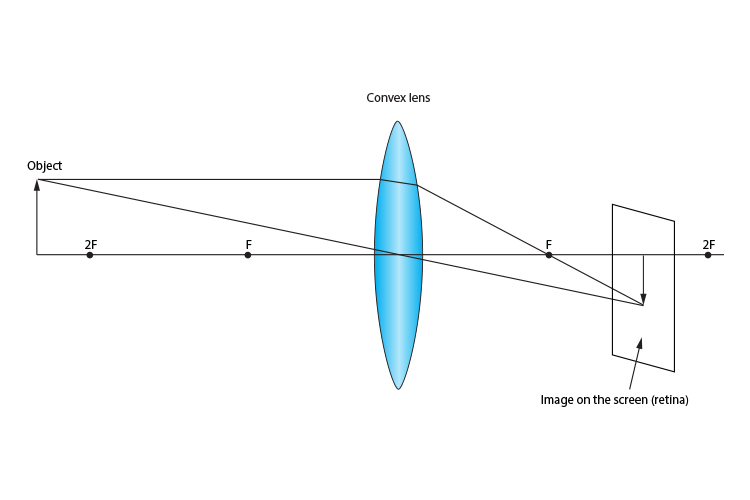 An object at more than two principal focal lengths away from the convex lens will produce an image smaller and inverted.

Instead of a screen, the camera captures this image on film or a digital sensor. 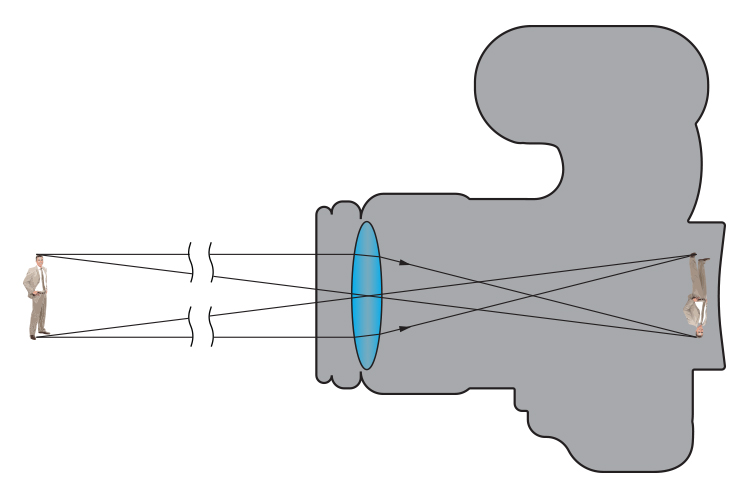 The only difference with a camera called an SLR camera is that a mirror is put in the way until you are ready to take a photograph. The mirror reflects the image into a prism, which reflects it through the viewfinder so that the photographer can compose the picture. When you click the camera, the mirror momentarily flicks out of the way, just long enough for the film or sensor to capture the image. 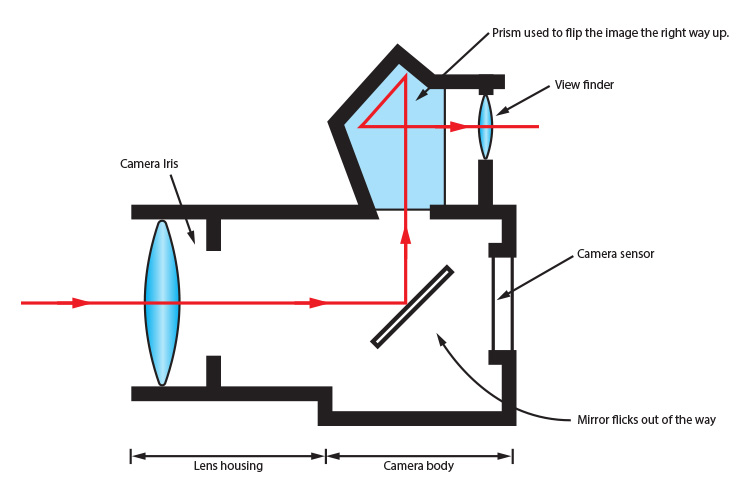 This is the make up of an SLR camera. 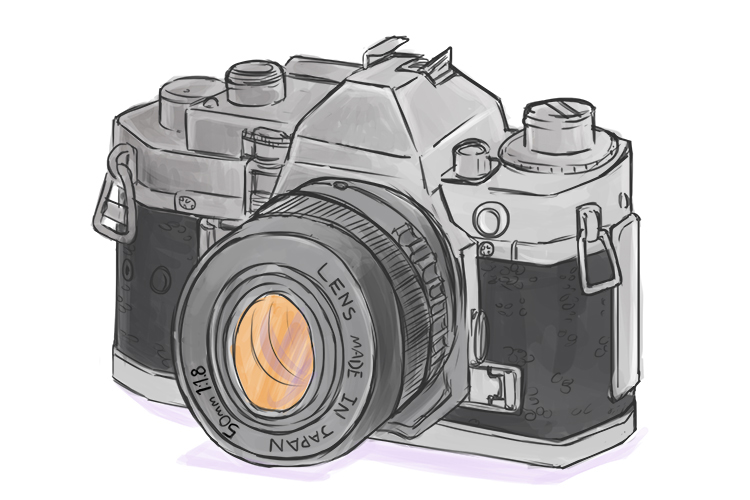