Fossil Fuel – A natural fuel such as coal, oil and gas formed in the geological past from the remains of living organisms

She used an old fossil she found on the hillside to fuel (fossil fuel) a fire she lit because it was so cold. She didn't realise fossils were millions of years old.

The difference between coal and oil is that coal is formed by buried trees, ferns and other tropical plants, whereas oil is based more on bacteria, algae and plankton at the bottom of marine lakes. 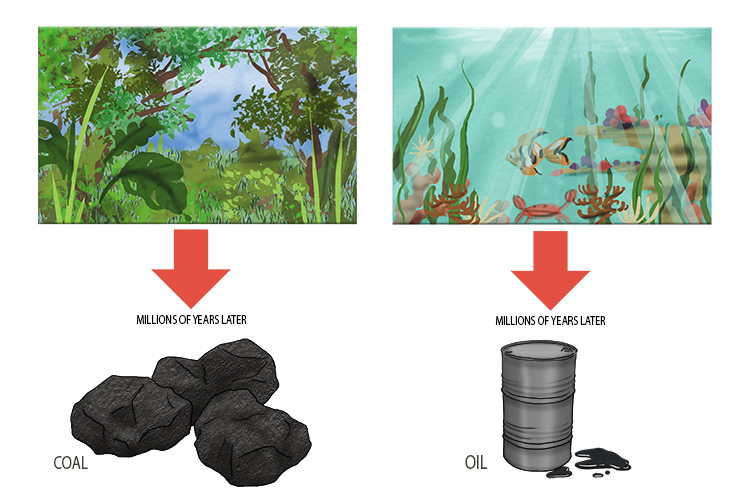 Fossil fuel is the term for buried, combustible, geologic deposits of organic materials.

These materials formed from decayed plants and animals that were converted to crude oil, coal, natural gas or heavy oils by exposure to heat and pressure in the earth's crust over hundreds of millions of years.

The extraction of fossil fuels has been a massive industry since the industrial revolution, but its days now appear to be numbered.

Apart from pollution and the increase in atmospheric CO2 caused by the burning of fossil fuels, which is driving much of global warming, there's another major drawback – fossil fuels, once used, can never be replaced

There is now what looks like an unstoppable move towards renewable and sustainable energy, harnessing the power of the sun, wind and tides, and the heat inside the earth (geothermal energy).

Developed countries are passing legislation which, for instance, will end the production of petrol and diesel cars, and there are international agreements aimed at cutting CO2 emissions, which means reducing and then eventually ending our reliance on fossil fuels.