Treble Clef  (g clef)– How do we remember what the treble clef looks like?

The treble clef is also known as the G-clef. We at Mammoth Memory remember this by: 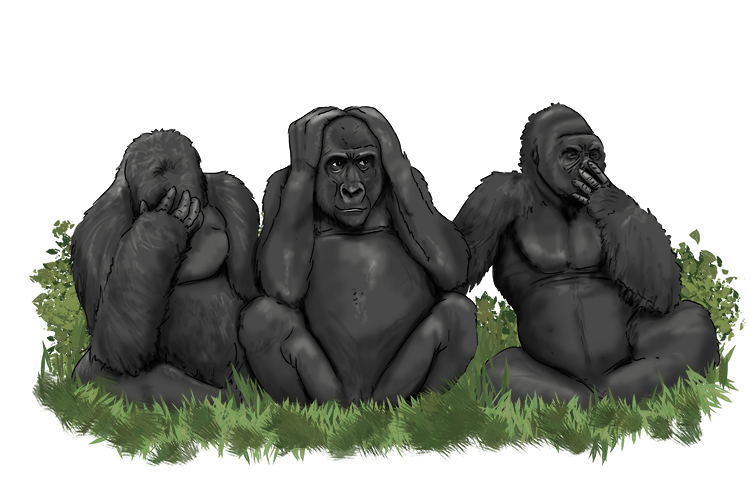 You may have heard of the three wise monkeys – 'see no evil, hear no evil, speak no evil'. Instead of simple monkeys, we at Mammoth Memory imagine 'three (treble) wise gorillas' – because the treble clef is also known as the G (gorilla) clef.

The upper loop circles the high G note and the lower swirl circles the G note on the second line from the bottom.

So this helps you draw the treble clef:

Draw two very faint circles, one above the other, where the G notes are. You can now use these circles to form the basis of the loop and a swirl.

This is the start of the treble clef.

We can finish off the treble clef by dropping the loop through the swirl and giving it a final hook and dot.