Electromagnets can be usefully employed to move scrap metal from one place to another. 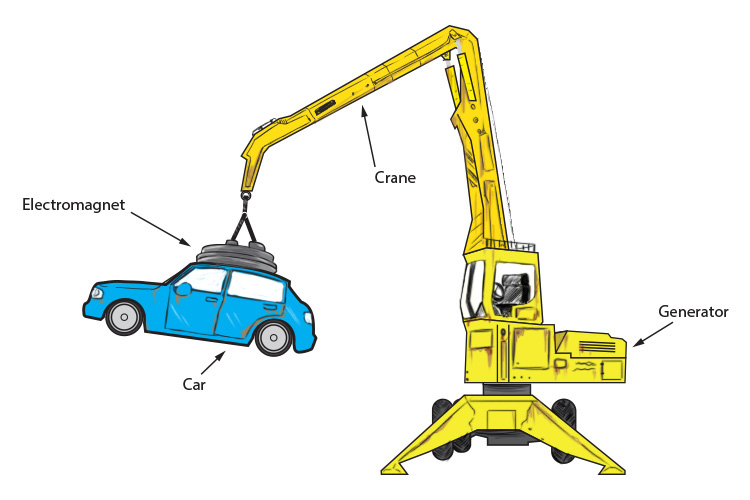 When the current is switched off the magnet loses its magnetism and the car falls back to the ground.

The image below shows a typical cross-section through an industrial electromagnetic lifting device: 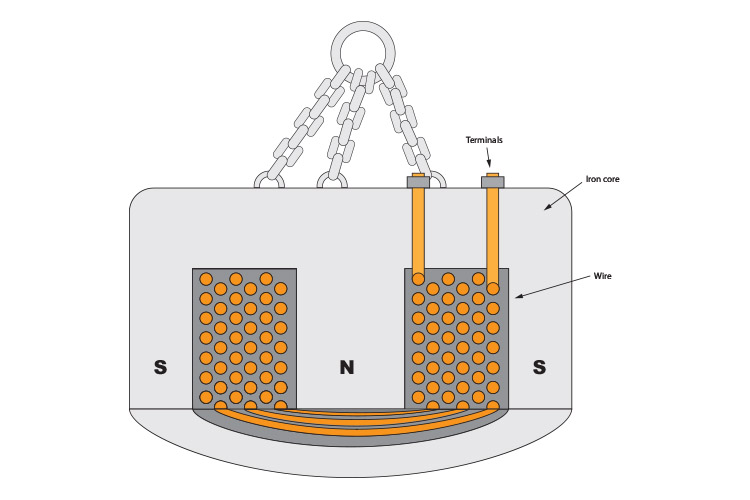 Electromagnetic electric bells have been used for many years. 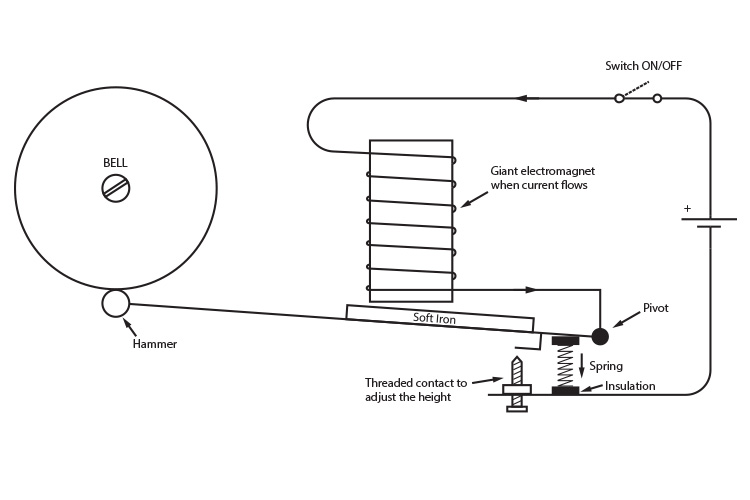 Electromagnets are used extensively in loudspeakers.

The frequency of the vibrations of sound can be transported electrically as changes in electrical flow. 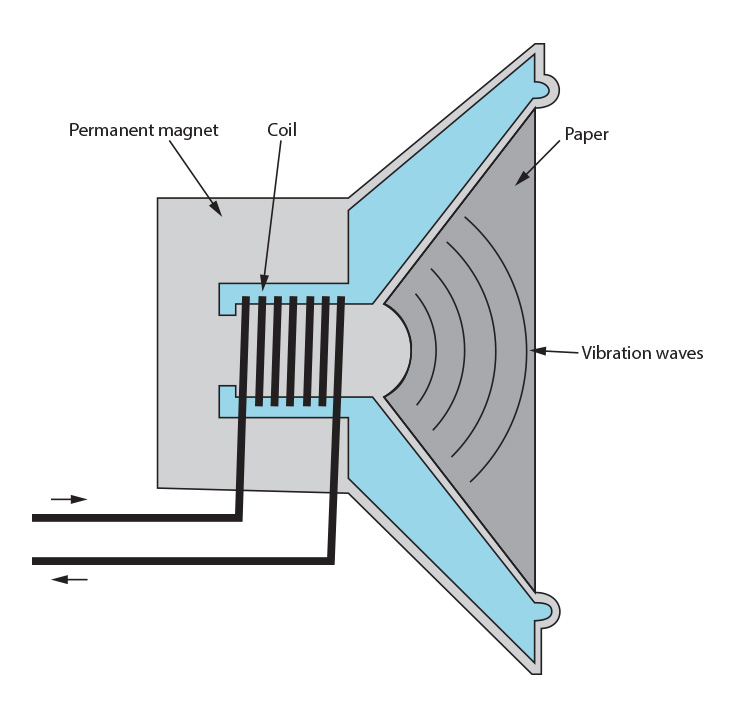 A loudspeaker can take these changing electrical flows through an electromagnet attached to a cone. Changes in the current flow alter the strength of attraction to the permanent magnet, moving the electromagnetic coil in and out. Soft, quiet sounds move slowly; loud, harsh sounds move violently and strongly. This results in a vibration of the speaker cone which creates the sound waves that are received by our ears.