Famine – A widespread, serious shortage of food. In the worst cases, it can lead to starvation and even death 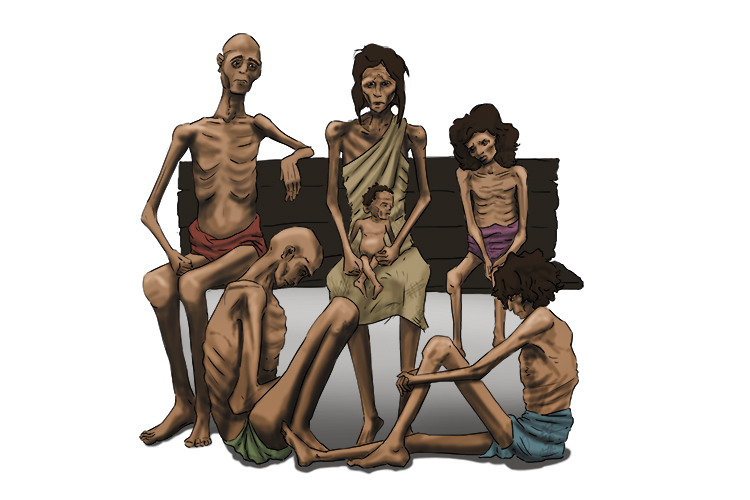 My family was in (famine) a crisis; they needed food – they were starving.

Famine generally leads to widespread malnutrition and death by starvation and disease.

Famines have occurred throughout history in many different parts of the world. Twentieth-century examples include the Chinese famine of 1959–61, which resulted in 15–30 million deaths; the Ethiopian famine of 1984–85, with approximately 1 million deaths but which affected more than 8 million people; and the North Korean famine of roughly 1995–99, which killed an estimated 2.5 million people.

Today, famines generally strike in poor countries: they have been endemic in some sub-Saharan African countries and widespread in South Asia.

The most common human cause of famine is armed conflict, but famines can happen for several other reasons, including:

Famine relief – organised efforts to reduce starvation in regions affected by famine – is organised by the United Nations and various charities.

At the end of 2019, it was estimated that 135 million people were "living with acute hunger". Most of these were in African countries (73 million) and the Middle East and Asia (43 million). Most of the rest were in Latin America and the Caribbean.