A process that is accompanied by many other activities such as processing and distributing food and collecting and using food waste. We know that urban means relating to the town or city. 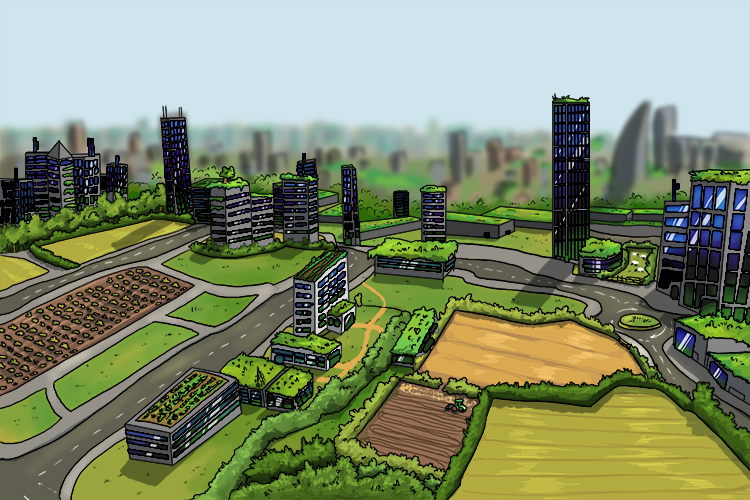 So urban (town or city) farming can only mean trying to farm in a town or city.

Urban farming, also known as urban agriculture, should not be confused with 'community gardening' or 'homesteading'. The difference is mainly that urban farming is about commercial (for-profit) enterprises.

The basic idea behind urban farming is that food is produced right inside areas of dense population, so it does not have to be transported long distances.

People worldwide have started to understand how far food travels, and that they have no say in what is grown or how it is grown. Urban agriculture can change that and is beginning to take a larger slice of the overall food system.

Urban farming is a way of increasing access to locally grown food and of reintroducing the public to the many aspects of food that we have lost as a culture.