Water Conflict – Disputes between different regions or countries about the distribution and use of fresh water. Conflicts arise from the gap between growing demands and diminishing supplies 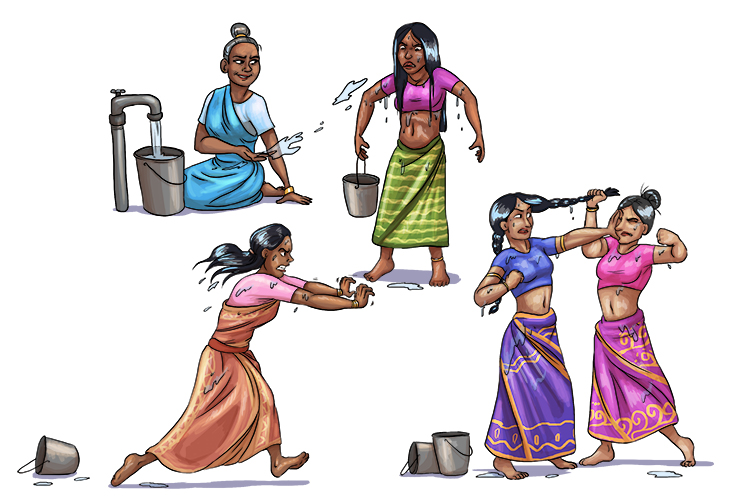 From her water container she flicked (water conflict) water all over the people. It caused an argument and later a regional dispute.

Water conflict is a term for disagreements, sometimes violent, between countries, states or groups over the right to access water resources.

For instance, Pakistan and India have been locked in dispute over the waters of the Indus Basin for many years.

Freshwater is essential for survival, but it is an unevenly distributed natural resource. Availability of water impacts the living and economic conditions of countries and regions.

Conflict can arise over shared river basins or groundwater that crosses borders. In the case of shared surface water, disputes may arise over the quantity and timing of upstream releases in relation to downstream demands.

In 2020, it was reported that conflicts involving water had more than doubled over the past decade. Sometimes water is the root cause, but usually there are multiple reasons. Water disputes are often mixed with problems such as poverty, inequality and hunger.