Water Transfer – Schemes attempting to make up for water shortages by constructing elaborate systems of canals, pipes and dredging over long distances to transport water from one river basin to another 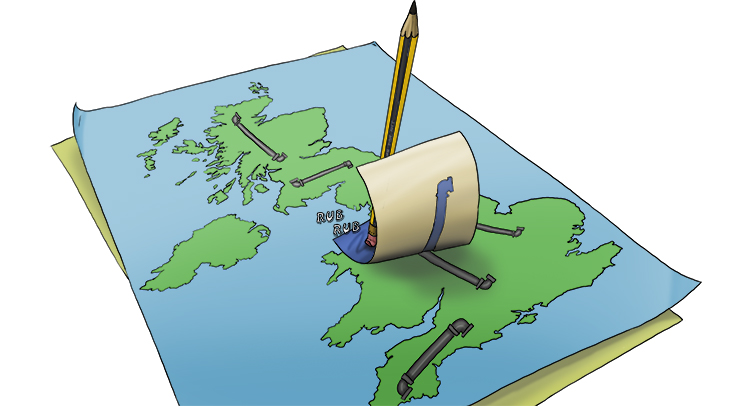 Water pipe transfers (water transfer) were rubbed onto the map and you could see how the pipes were used to transport water around the country. 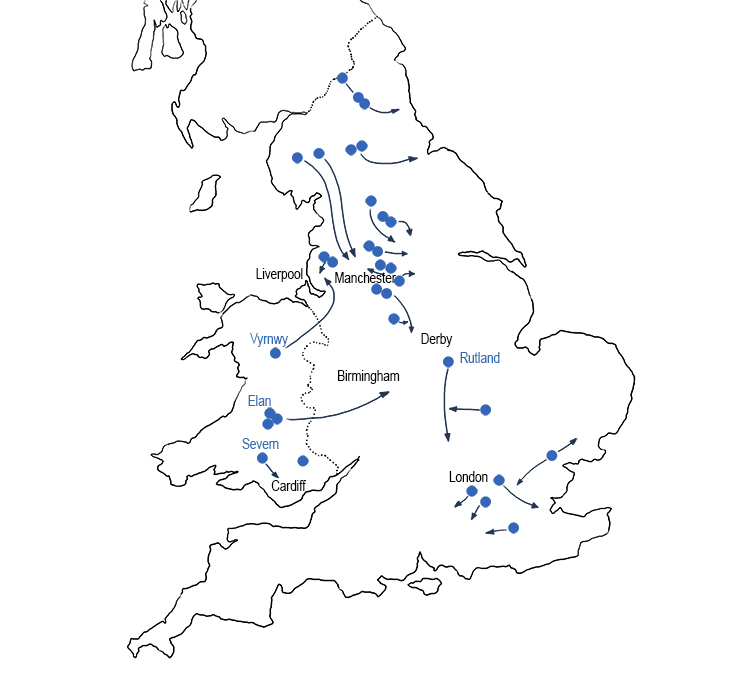 There are several water transfer schemes in the UK. These include the supply of water from Wales to Liverpool and from the Lake District to Manchester.

Worldwide, there are many plans for the large-scale transfer of water from one region to another, and even one country to another, but such schemes can bring major economic, social and environmental impacts.

For instance, communities around the donor water source can be affected by lower water levels, limiting their own access to fresh water supplies and their capacity to water crops for food.

Already, some large water transfer projects have caused the displacement of entire communities.

While water transfer might be the answer to water shortages in some areas, planners must proceed with caution to ensure that solving a problem in one place doesn't mean the creation of new problems in another.