NOTE: Contamination can also occur in the preparation of food, or the consumption of infected food. Diseases such as cholera, typhoid and botulism can be transmitted in this way. 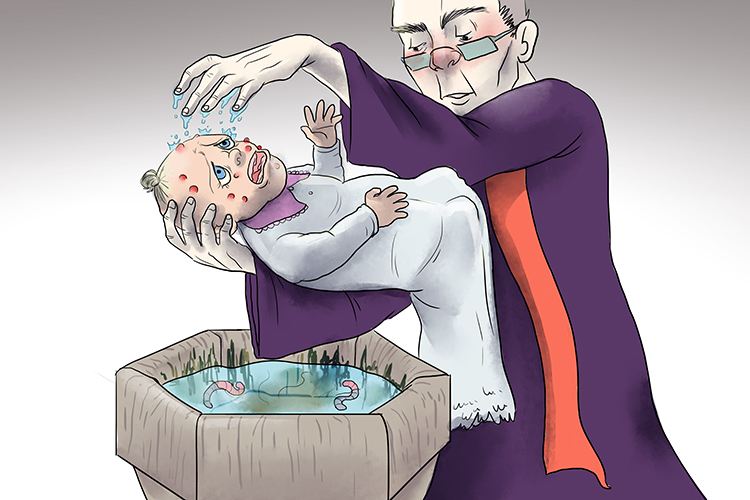 Water was splashed on the newborn baby's head but the water caused a disease (waterborne diseases). It just shows you shouldn't use contaminated water for bathing, washing or drinking. 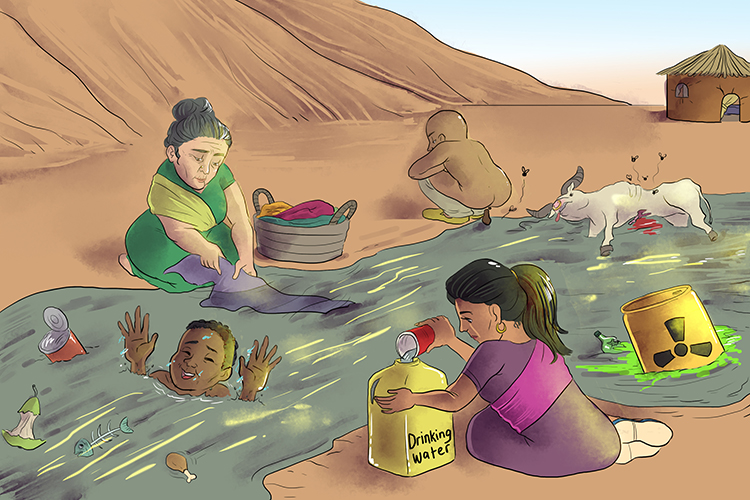 Waterborne diseases are caused by microorganisms contained in contaminated water.

Diseases that can spread in this way include cholera, typhoid, hepatitis A and E, and botulism.

Lack of available clean water poses significant problems for people and governments in many parts of the world, including Chad, Papua New Guinea, Uganda, Mozambique, Somalia, Nigeria and Pakistan.

According to the World Health Organization, waterborne diseases account for about 1.5 million human deaths annually.

About 58% of that total (around 842,000 deaths per year), is attributable to a lack of safe drinking water supply, sanitation and hygiene.