Foreshortening is the effect that occurs when objects or people are seen from different perspectives, making their overall length shorter and the nearer parts appear greater in size. This foreshortening can be subtle, but can also be taken to the extreme. By bringing parts of an object or person much closer to the viewer, the difference in scale can be amplified.

In this image of a boxer, his fist appears larger than his head. 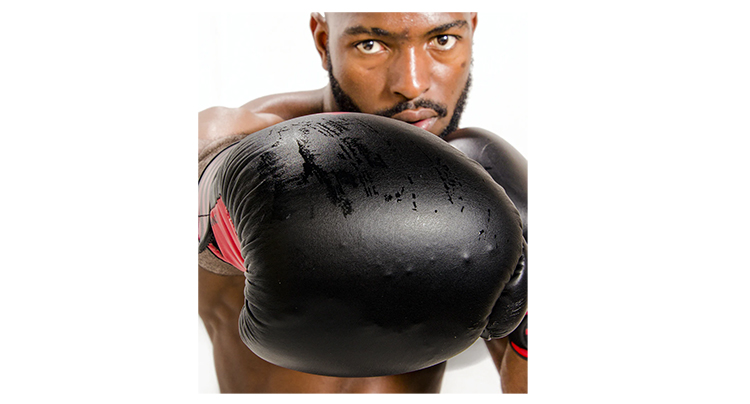 This extreme foreshortening can be exaggerated further. Salvador Dalí's "Palace of The Air" ceiling painting, in the museum at Figueres in Spain, is a perfect example of the extreme levels to which artists can take foreshortening. The ceiling depicts Dalí and his wife from an unusual perspective, looking up at them from below their feet. 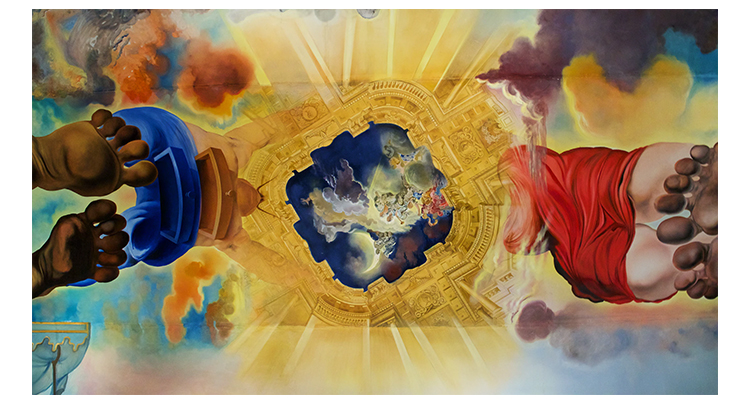 In order to create a drawing using extreme foreshortening, the best way to start is to use a photograph. Take a photograph of yourself or a person moving part of their body towards the camera – for example, kicking. Here, the foot is the closest element to the camera. 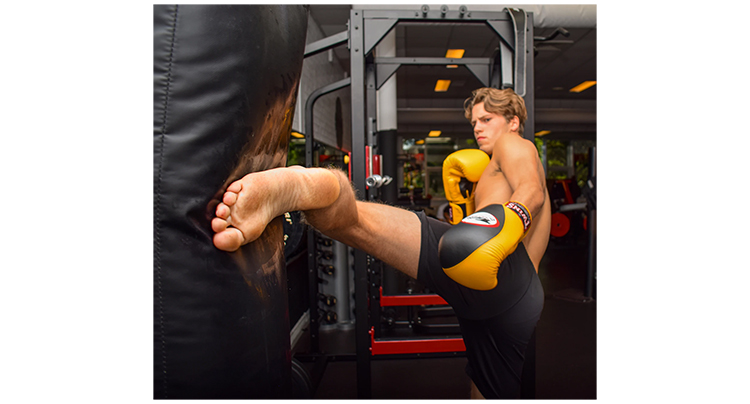 Break the person in the photograph down into simple parts. 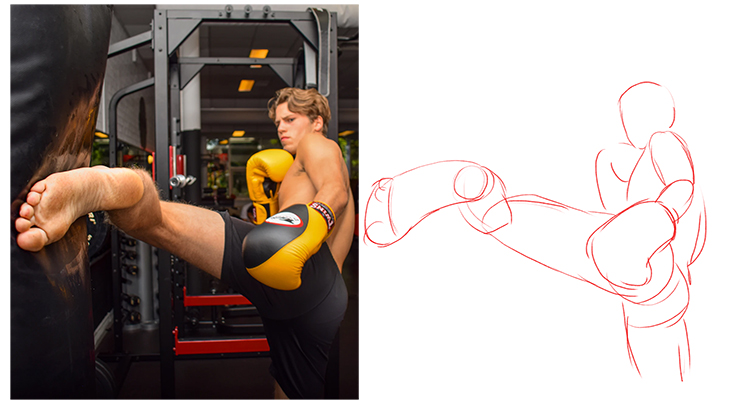 As it is the leg and foot we want to foreshorten, think about the leg in terms of shapes, as we did in the previous foreshortening example. 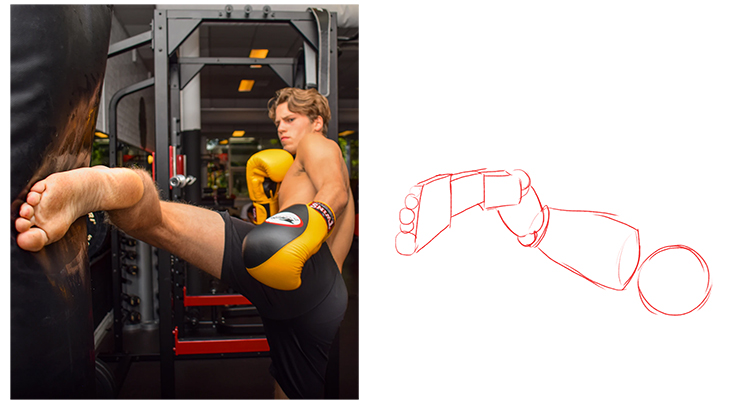 We now need to imagine we are adding perspective to the shape. Imagine rotating the leg, bringing the foot much closer to the viewer than it is currently. 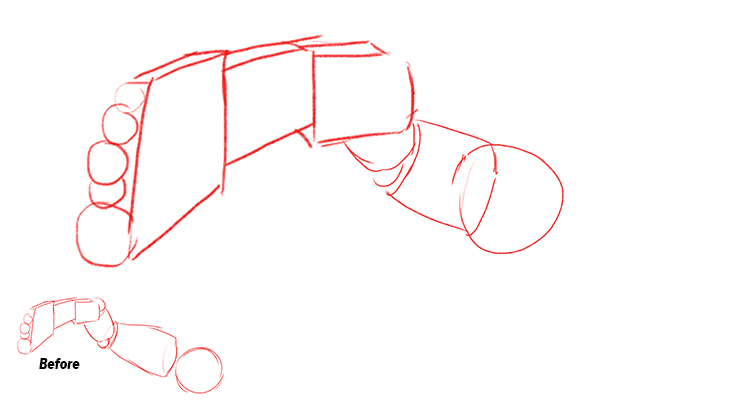 Now add the simple outline drawing of the body. 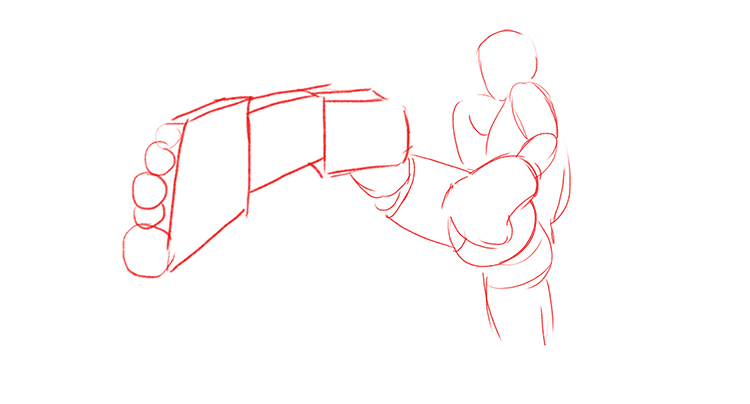 You can now use the original photograph as a reference to add detail to your new outline. 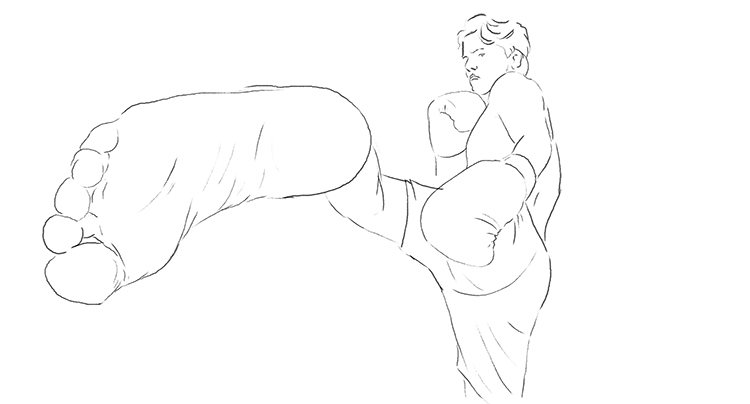 Shade your image or colour it with watercolour and pen as we have. You can see the difference in foreshortening between your image and the original. 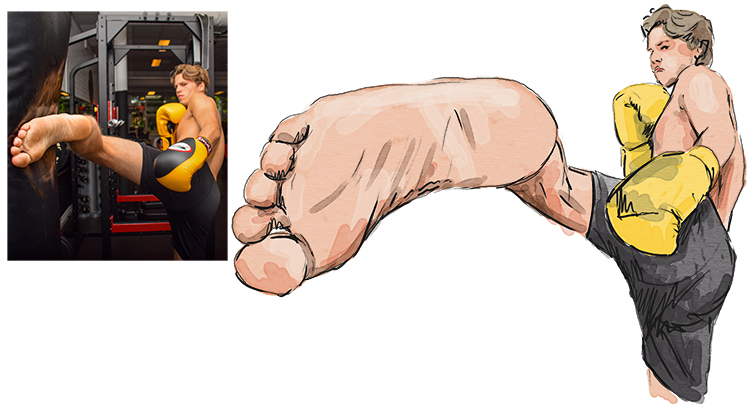 This is extreme foreshortening.