Isometric Drawing – a way of presenting a drawing in three dimensions

The following mnemonic should help you remember what isometric is:

I so loved it when I met the magician who did this trick (isometric) where all the drawings were turned into three dimensional models. 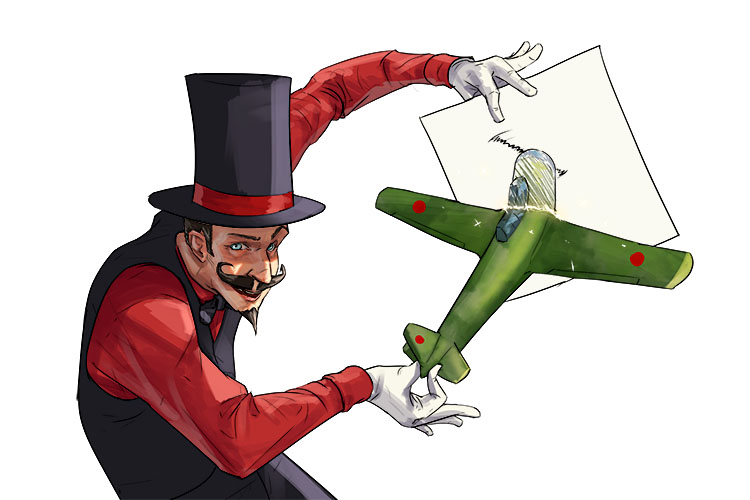 An isometric drawing (also referred to as isometric projection) is a way of presenting a three dimensional object in 2D by applying a 30 degree angle to it's sides.

So a cube would be drawn as follows. 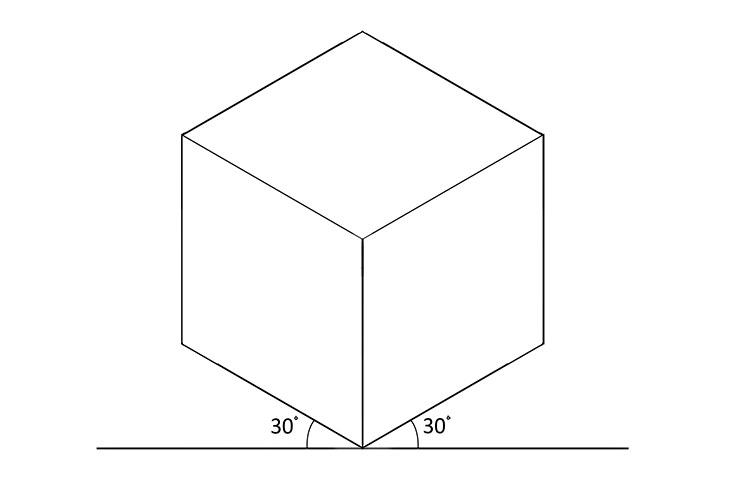 The above is a cube in isometric projection. The technique is often used in engineering or by illustrators so that a product or design can be easily understood.

To speed up the process of creating an isometric drawing artists will often use an isometric grid similar to the one below. 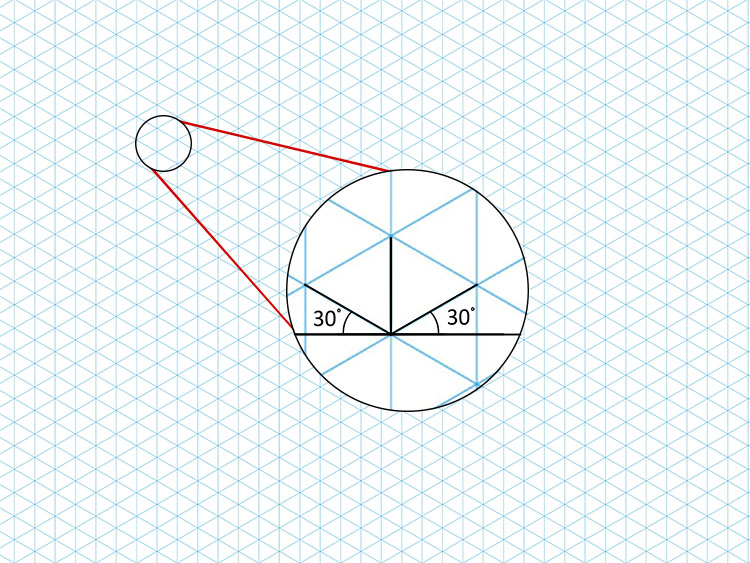 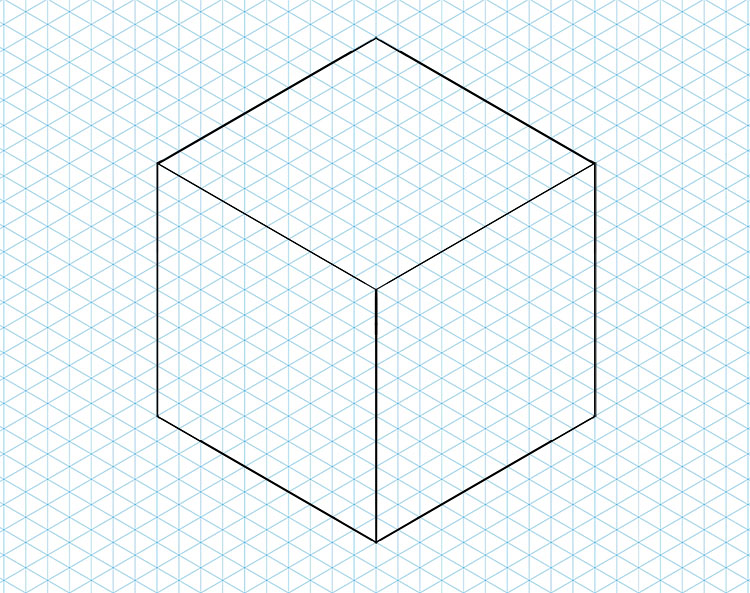 There are some amazing isometric drawings out there such as this one below: 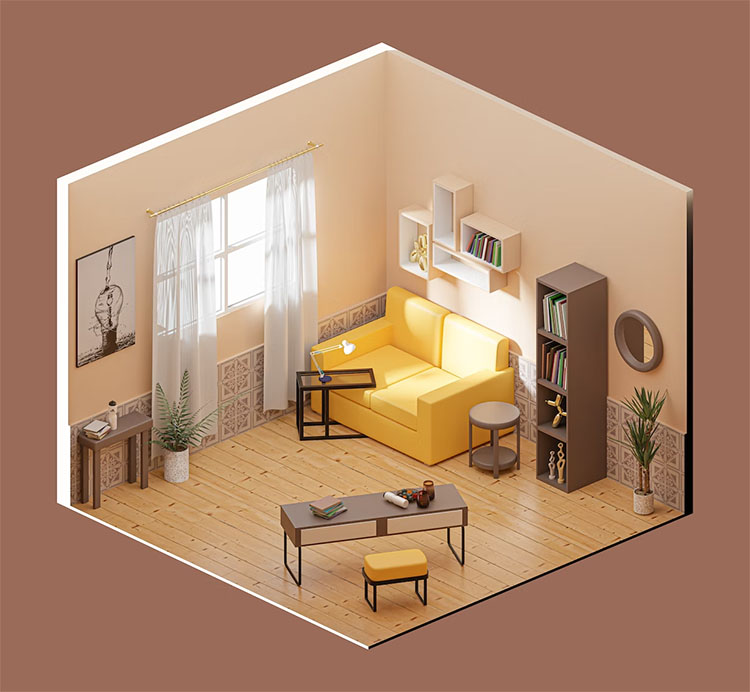 Isometric drawing can be an excellent technique for depicting the layout of an interior space. Unlike a plan view, an isometric interior drawing shows the room as a three dimensional space, making it easier to see how furniture and decorations will fit. A perspective drawing of an interior may give a great piece of art, but it wouldn't represent the scale and proportions of each object due to the distortion created by using vanishing points. 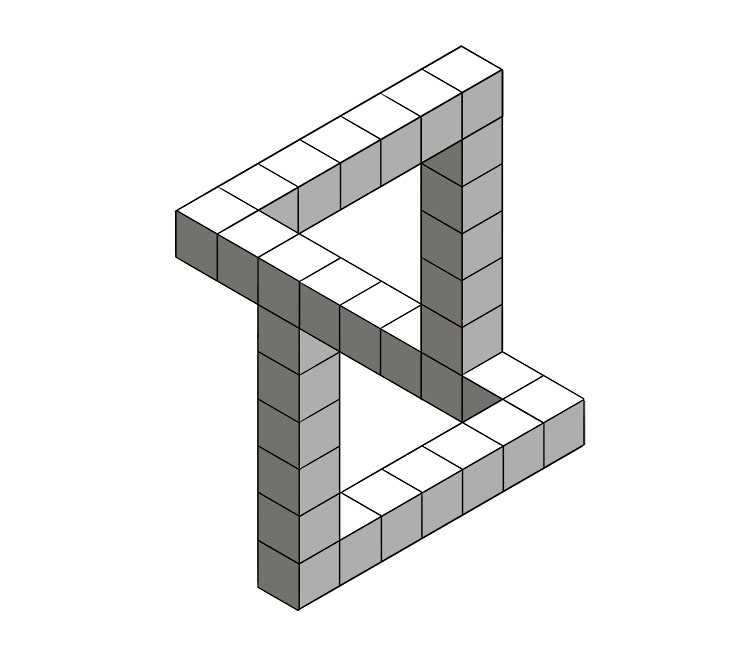 Isometric drawing is often used to create illusions like the impossible shape above. Isometric drawing works well for impossible shapes because it creates the illusion of depth without distorting shapes as they get further away, this allows objects that appear to be different distances from the viewer to seamlessly join together and overlap in ways that wouldn't be possible in a physical 3D object.

We are going to take the following object and turn it into an isometric drawing. 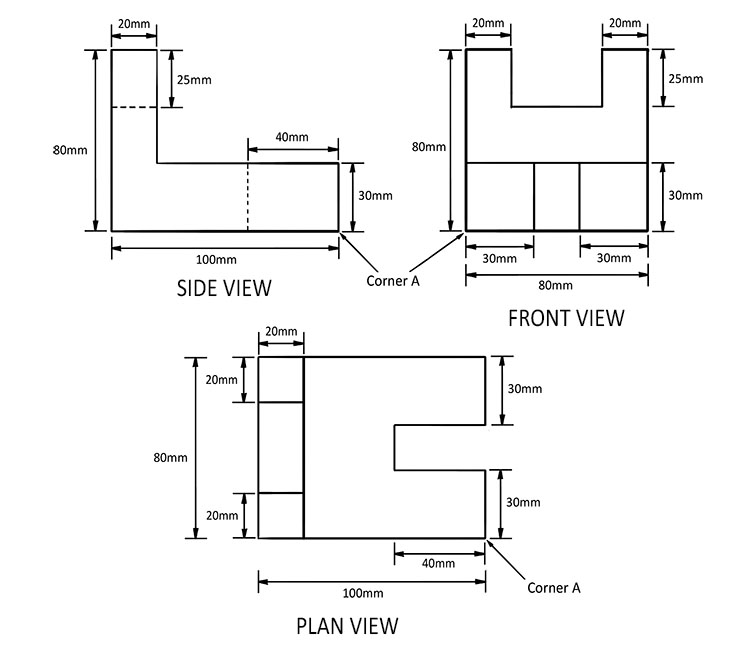 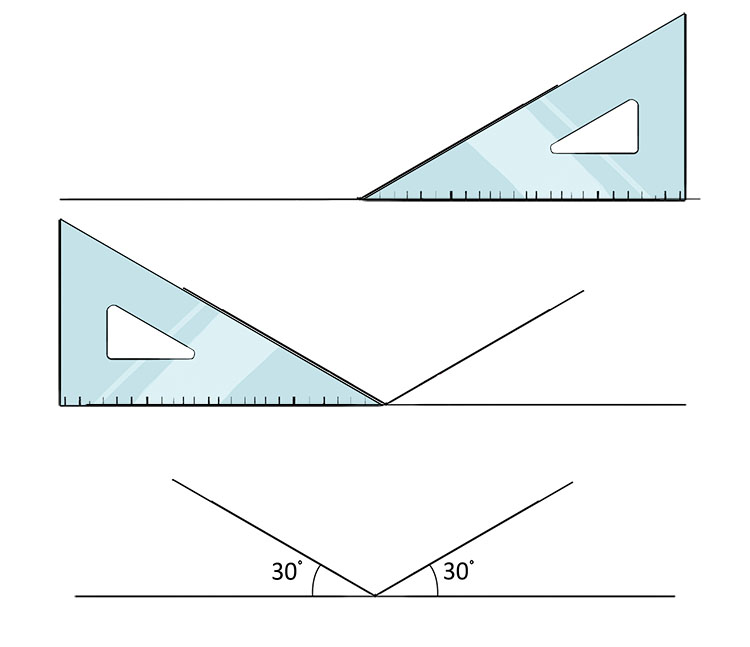 Now draw a vertical line at the point where the two 30 degree angles meet. 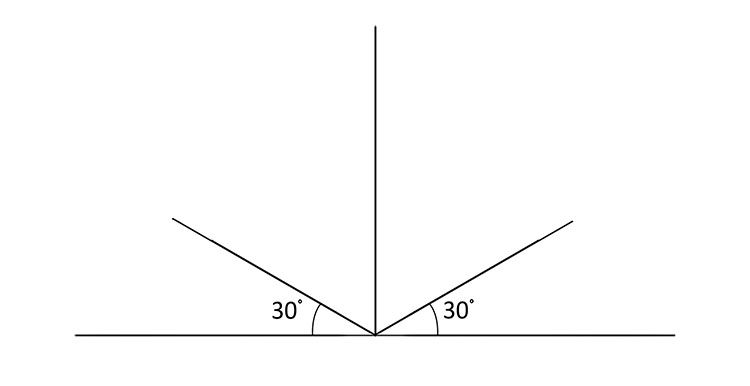 Rub out the horizontal line leaving you with the following, this will be corner A of our object. 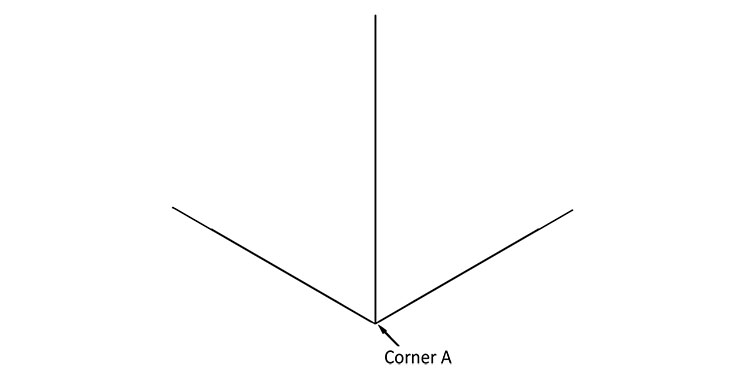 Now take all of your measurements from the front, side and plan view of the original drawing and use the same lengths of each of the lines to start to build your isometric drawing. 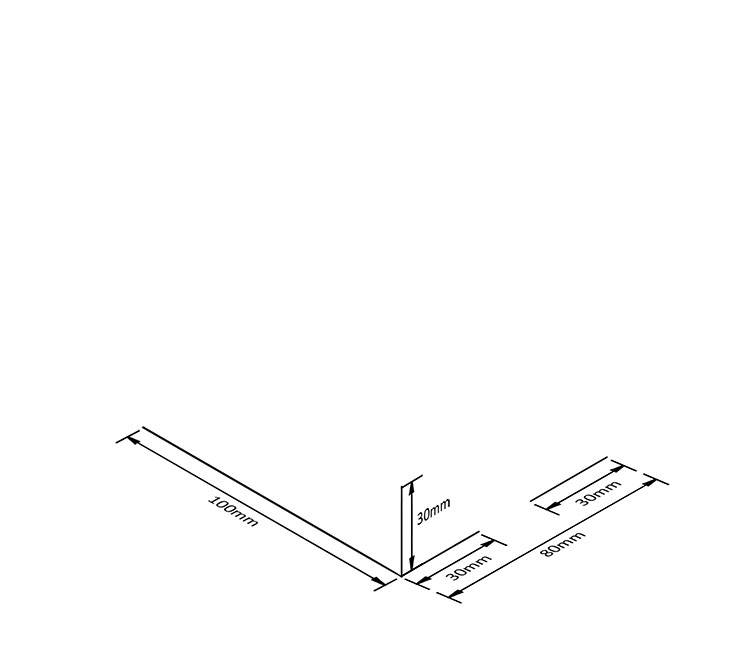 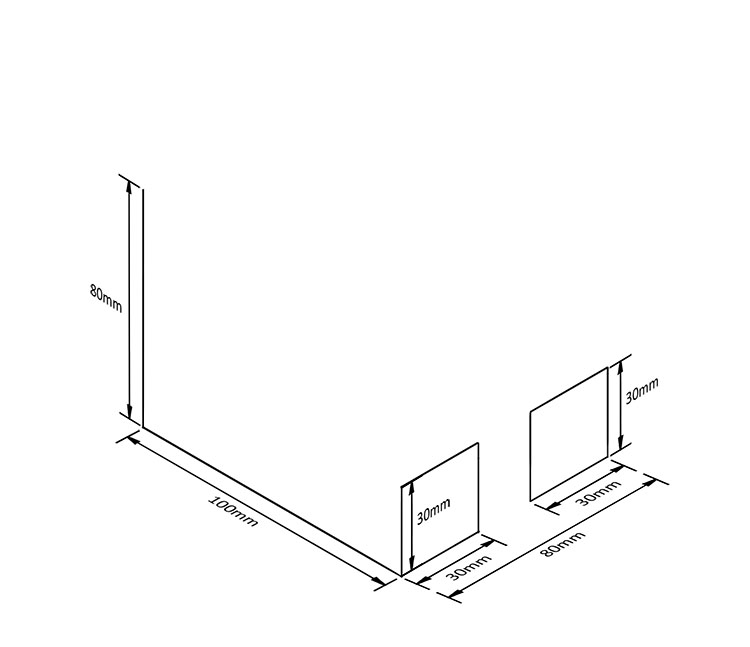 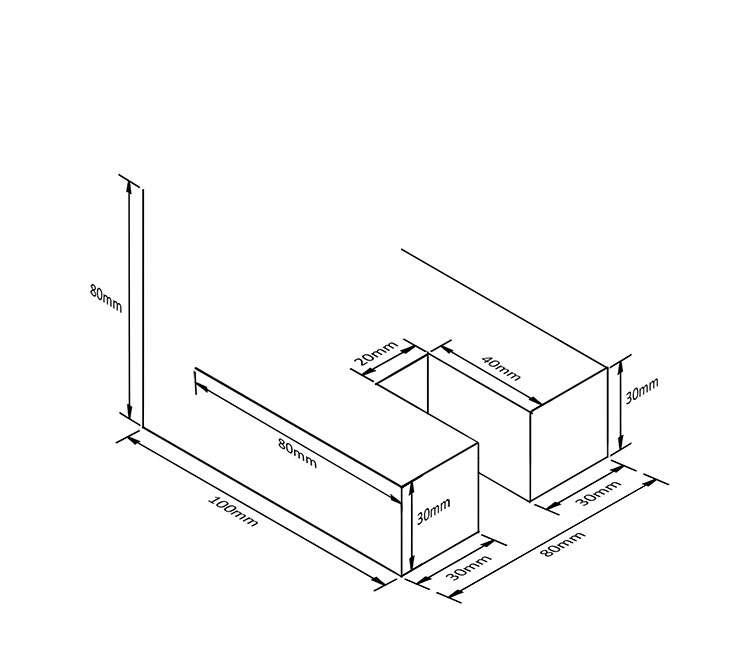 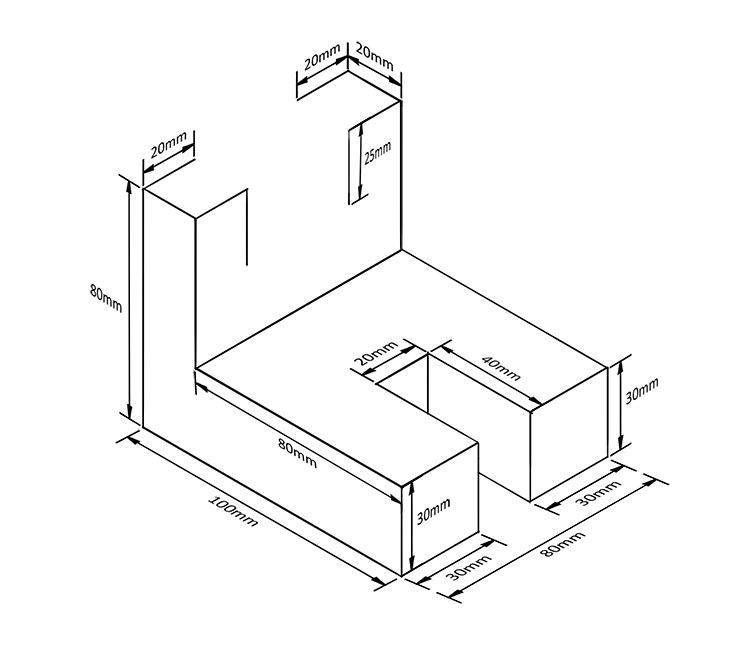 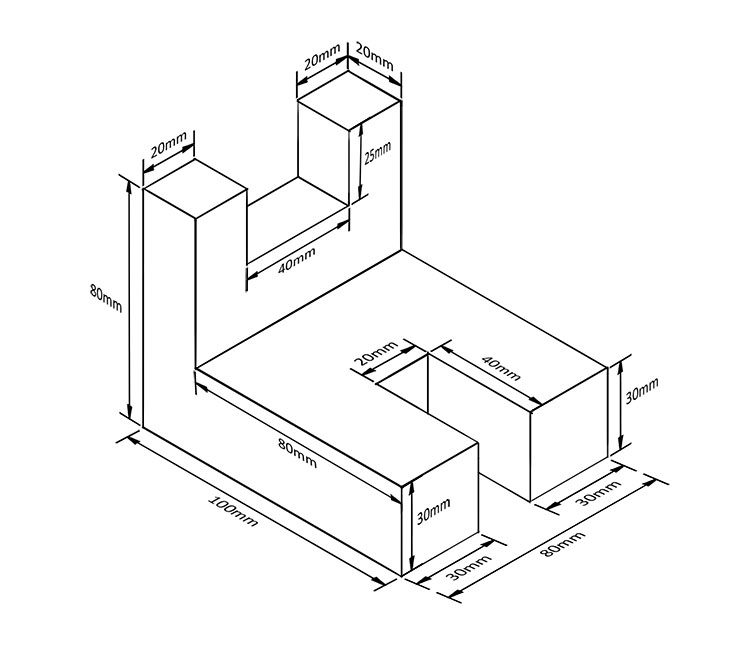 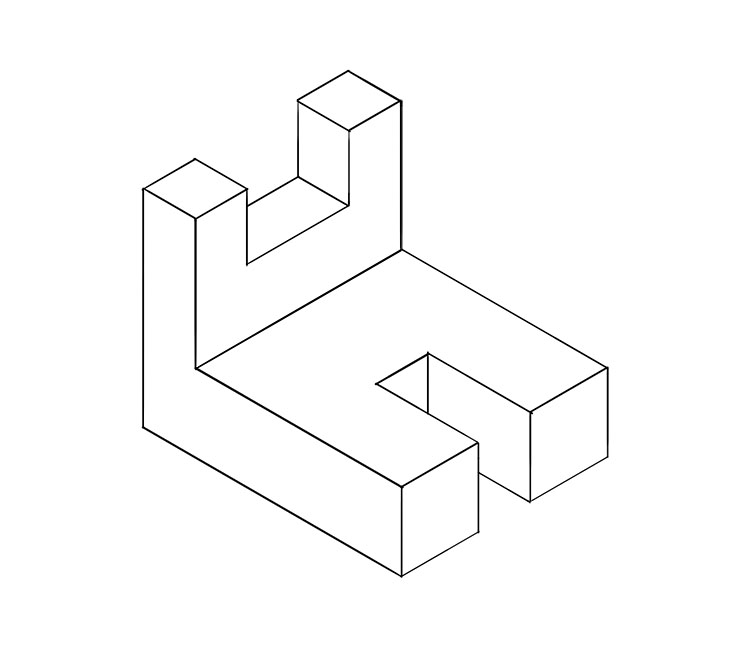