Foreshortening occurs when you see an object from a different angle to the usual front-on view.

In art, foreshortening is an important concept to understand when drawing accurate forms. Foreshortening can give a painting a realistic depth of field.

An easy way to understand foreshortening is to look at it using simple forms. For example, a long cylinder appears considerably shorter when it is tilted backwards, with the farther end appearing much smaller than the nearer end. 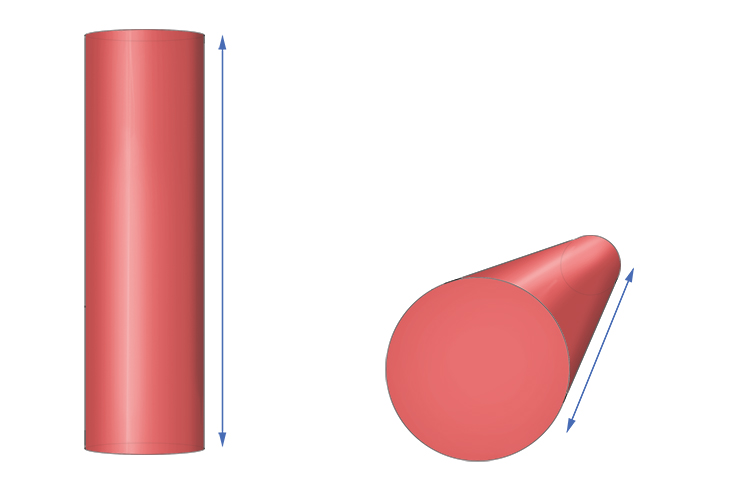 This phenomenon occurs with anything when viewed from different angles – the closer any part of an object or person is to the viewer, the larger it seems and the overall height or length appears shorter.

Foreshortening is noticeable in everyday life; the length of a train appears considerably shorter when it is facing you than when it is side-on, an outstretched hand appears larger than the rest of the body put together, and when looking up at a skyscraper the base appears huge in comparison to the top.

When drawing foreshortened people, breaking them down into shapes makes it easier to understand the process.

Look at this image of an outstretched arm – it appears much shorter because the shapes that make up the arm are stacked behind each other as opposed to on top of each other. 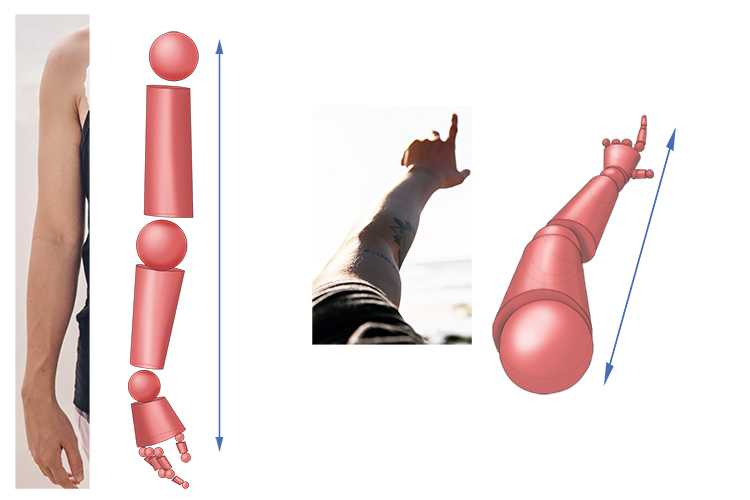 Practise drawing outstretched arms with a pencil using this technique of breaking down forms into shapes. Think about the way the sections will be stacked behind each other, creating the foreshortening. 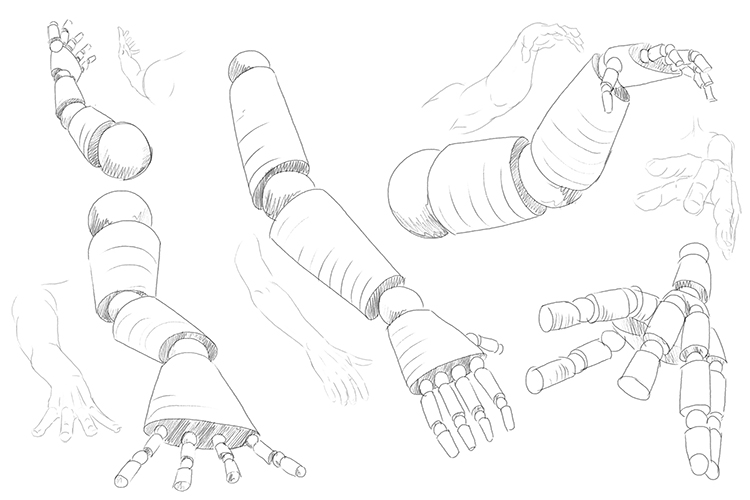 Once you are familiar with what foreshortening is, you can apply it to other objects, such as full figures.

Draw a box around the front-on image of a person. 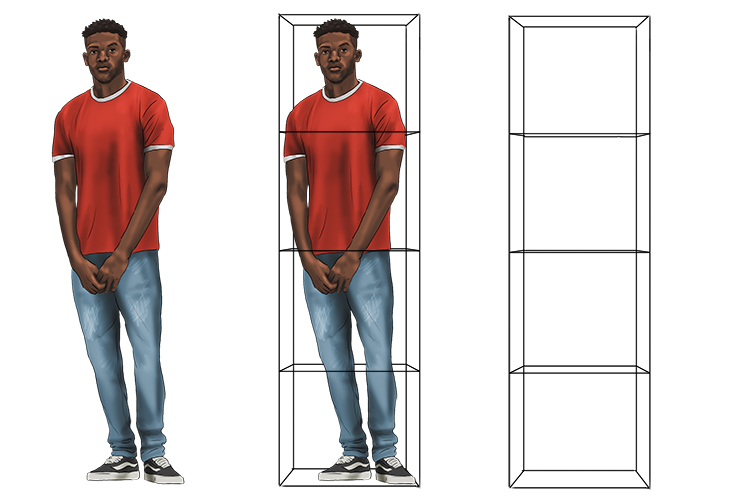 This box can then be tilted to the angle you want to draw the person from. 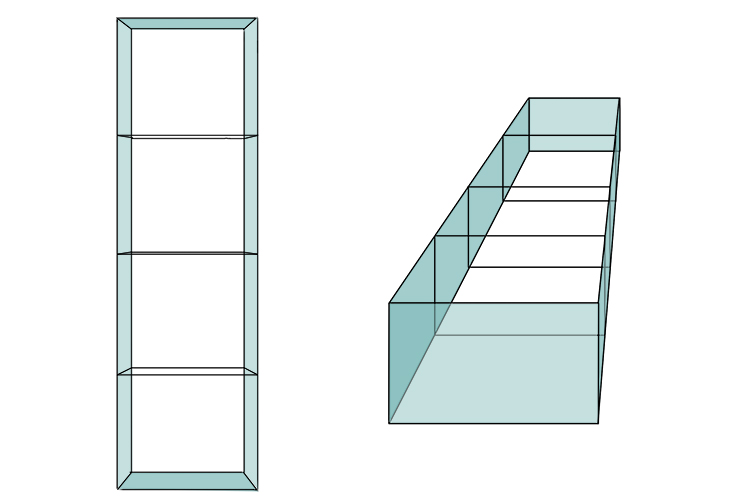 Before we re-draw the person into the box, we need to imagine what they look like as shapes. Use your pencil to sketch out the shapes that make up the body. 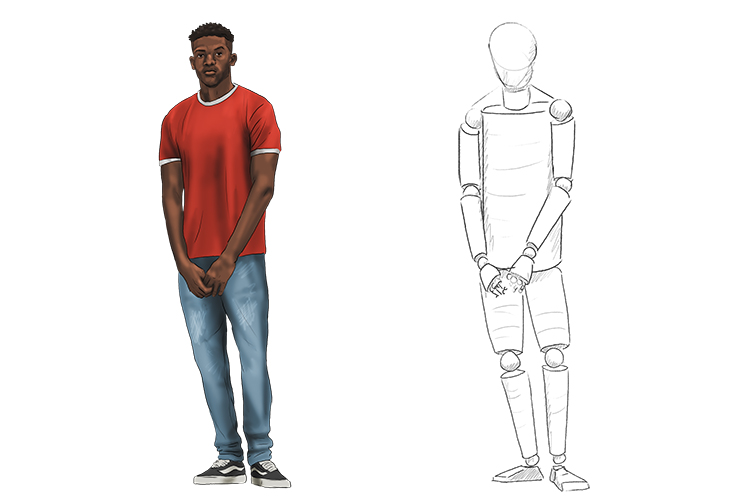 Now you have the shapes of the body worked out, think about the foreshortening of shapes and draw those shapes into the new tilted box. Use the horizontal lines on the box to help you work out the placement 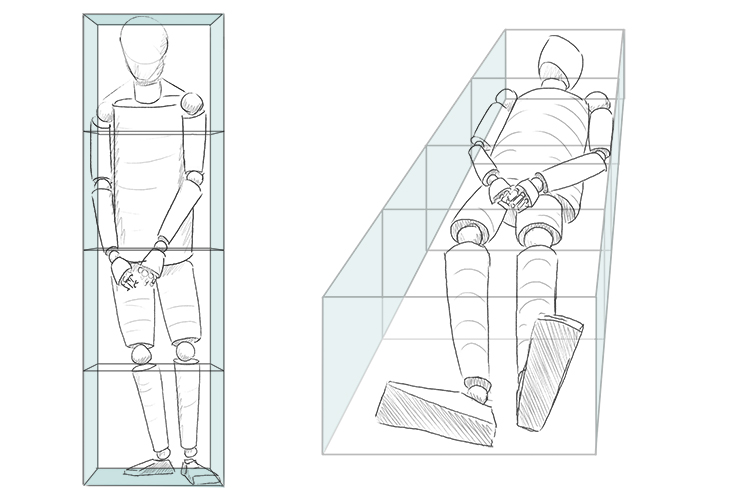 You can now use the form you have drawn to recreate your image from a new angle. Take care to look at the way clothes fall and what an underneath view of each item of clothing would look like. 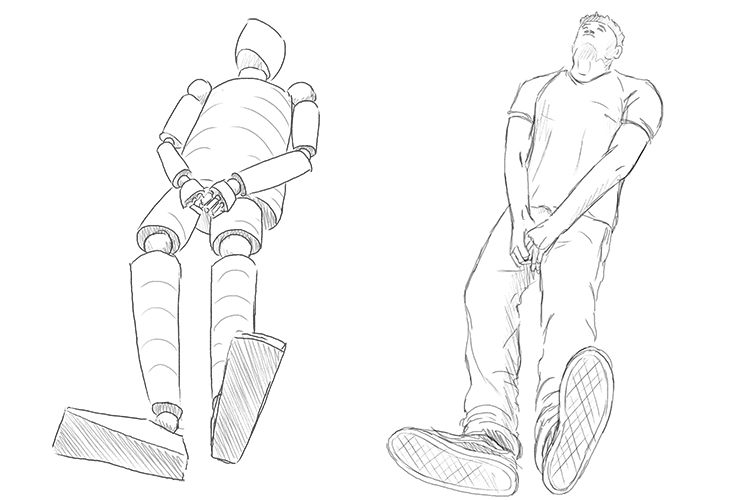 You now have a foreshortened drawing of your original image that you can shade in or colour with watercolour and pen, as we have below. 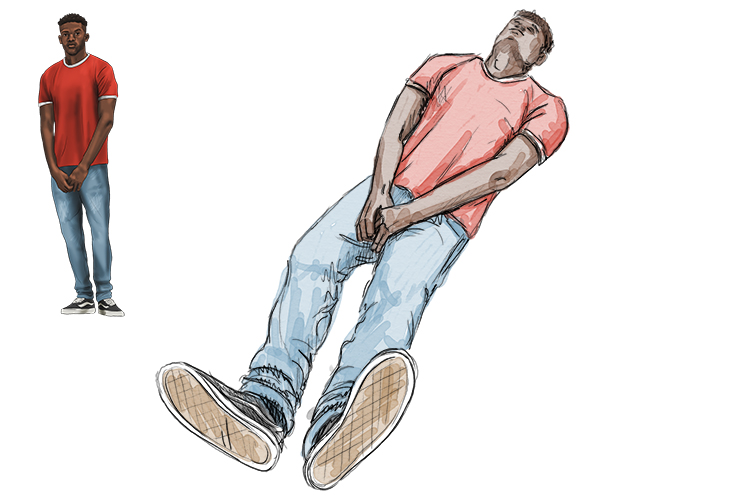