If you divide a view up with two lines vertically and two lines horizontally and equally spaced, you get nine equal rectangles. This will help you to decide how to frame a picture.

To remember that "the rule of thirds" is two lines horizontal and two lines vertical, use the following mnemonic:

There was an Englishman, an Irishman and a Scotsman... "Where is the Irishman?" asked the Englishman. "We are only allowed two," said the Scotsman. 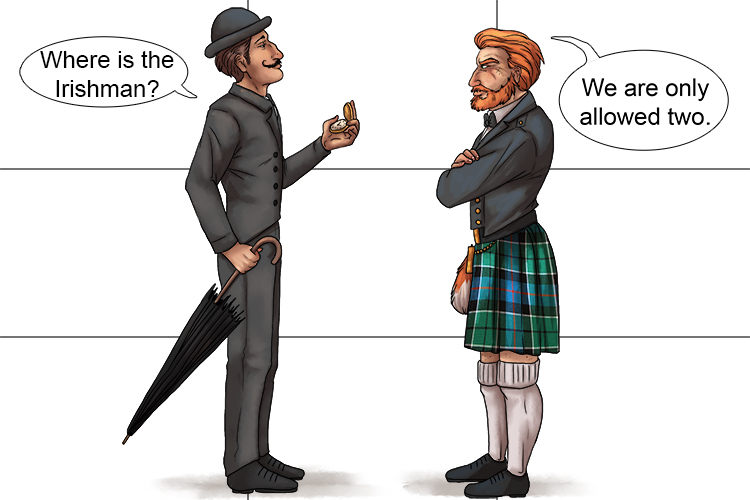 Now your view is divided into nine equal rectangles we can discuss composition of pictures. 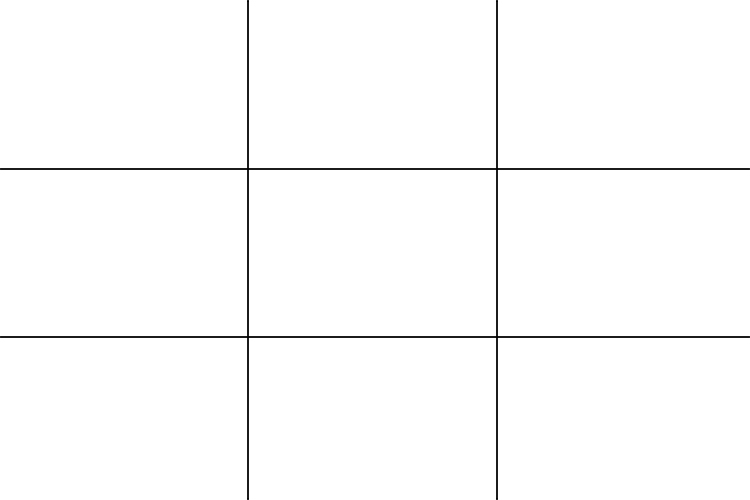 Note how there are four intersections. 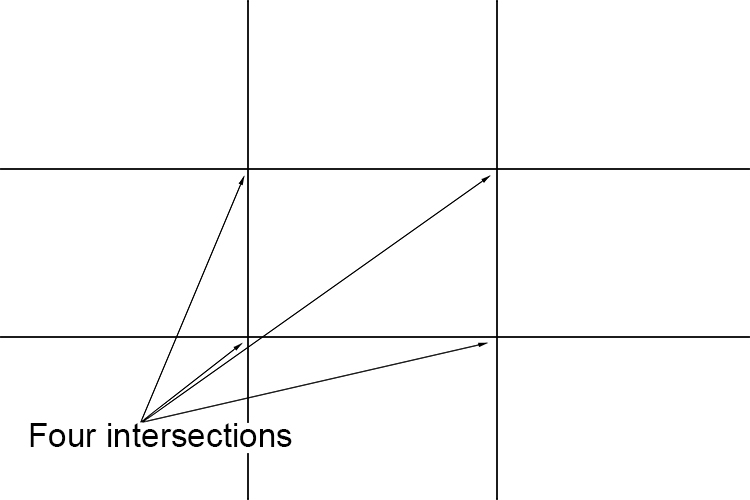 Whether you are painting or taking photographs, the rule of thirds can be considered or rejected (because rules can be broken) but it is always a great starting point for many compositions.

The rule of thirds states that:

The most important element should be placed at one of the intersections of the two horizontal and two vertical lines, as below. 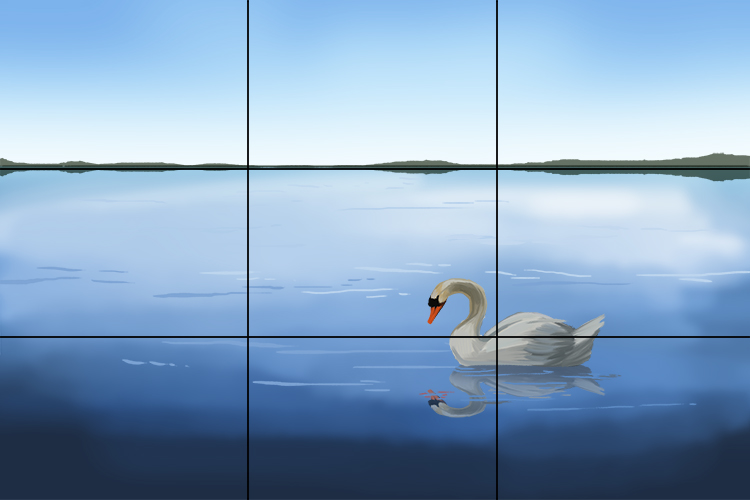 If the sky is more interesting than the foreground, like a beautiful sunset, you should position the horizon on the bottom line. 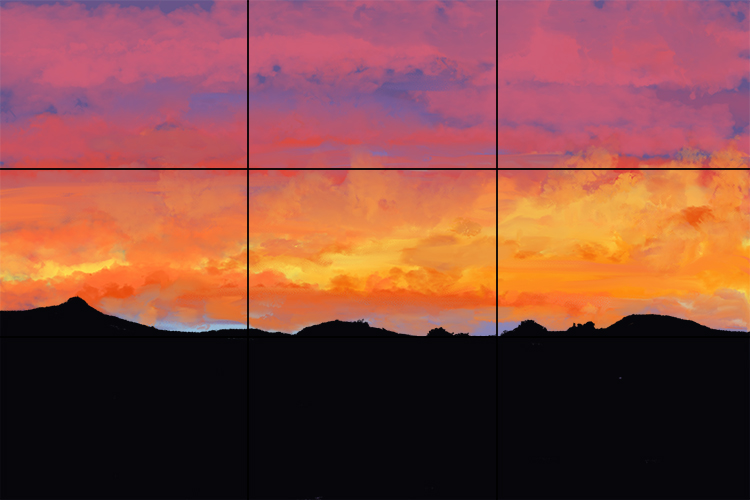 If the landscape is more interesting than the sky then place the horizon line on the top line. 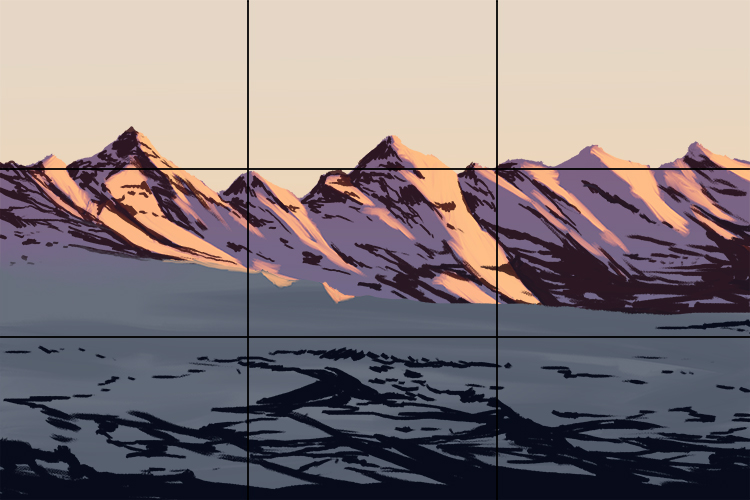 If you are painting people or animals, draw the eyes along one of the horizontal lines, either side of a vertical line. 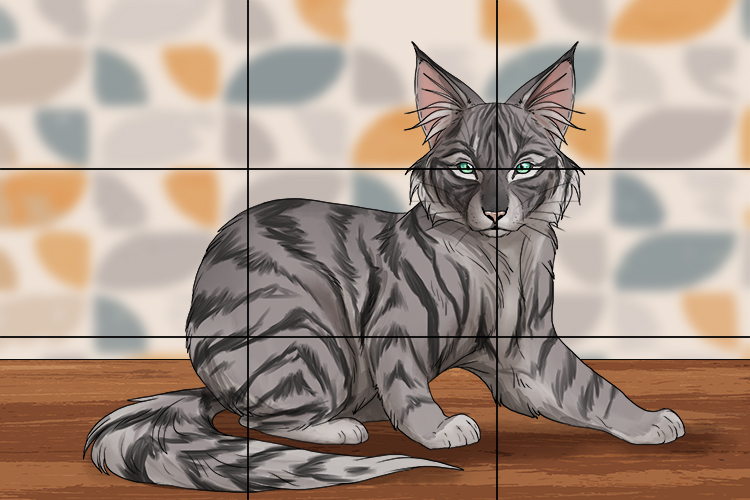 If your person or animal is moving, place them along a vertical line, making the biggest space the one they are moving into. 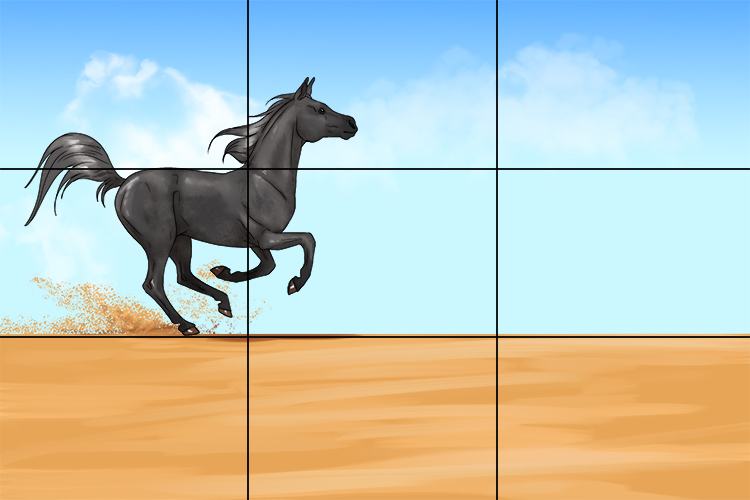 Even if the object for painting or photographing is small, like a flower, place the centre of the flower at one of these four intersects. 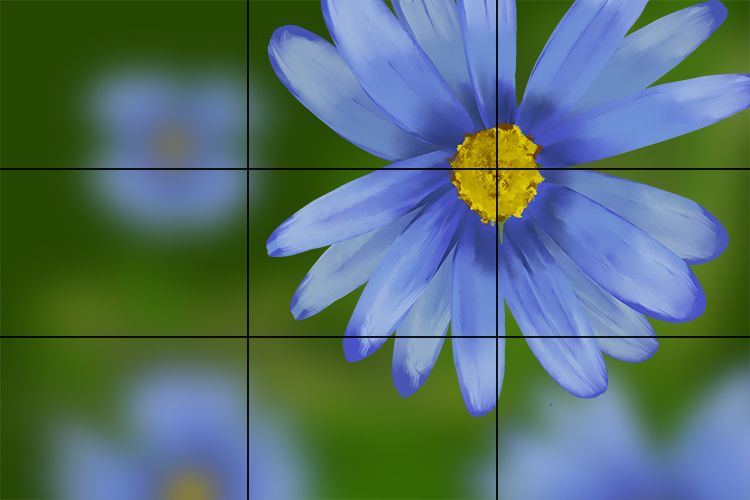 Even for a close up portrait you can still put the eyes at the centre of the top two intersections. 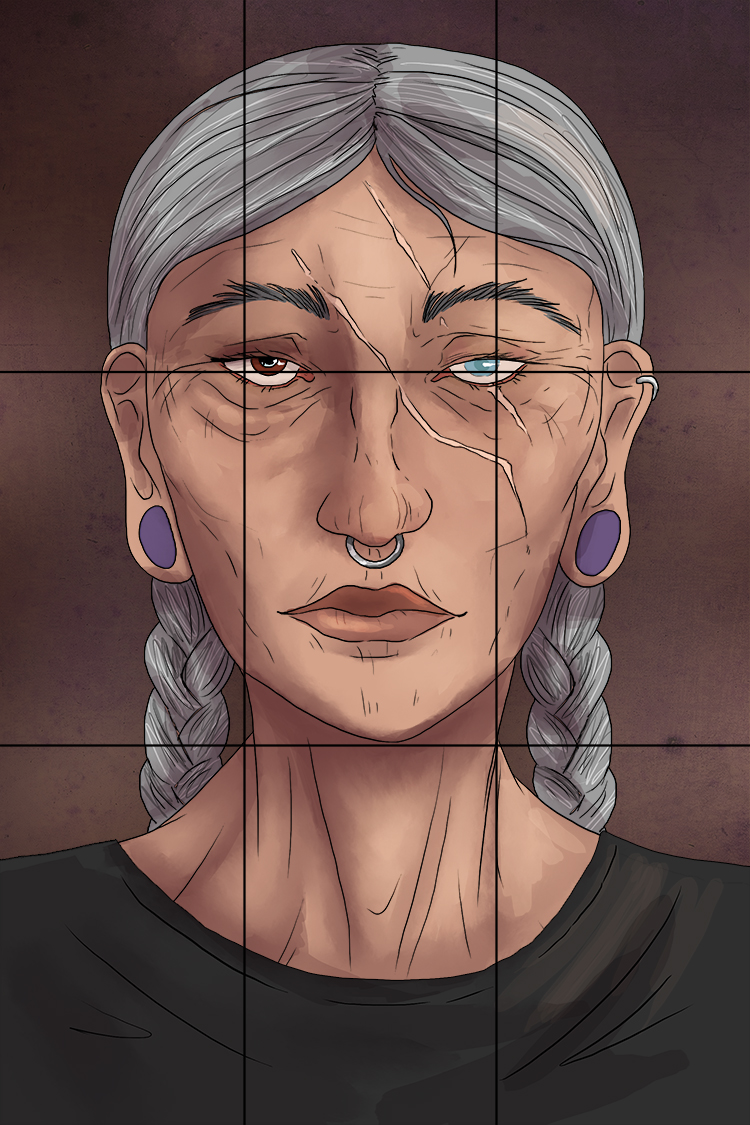 If you have three subjects that demand attention, you can give each one a third of the space. 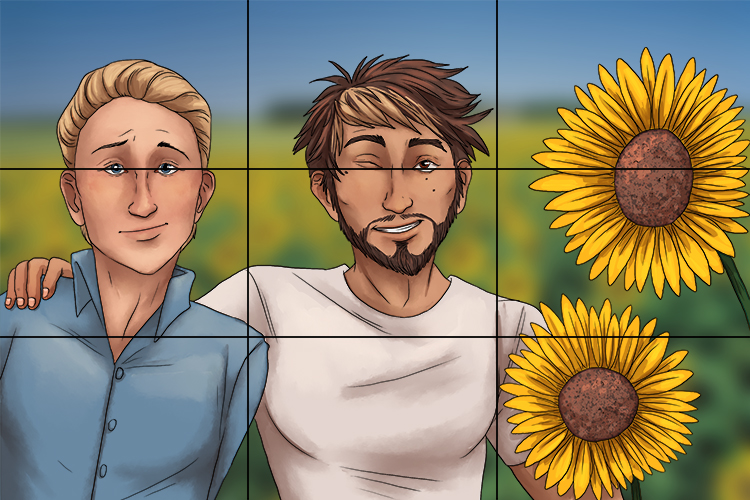