Proportions of a face

Every face is different, so the idea of drawing or painting faces can be daunting. However, although everybody has their own defining features, there are general rules that loosely apply to all faces.

The image below shows the proportions of a face mapped out: 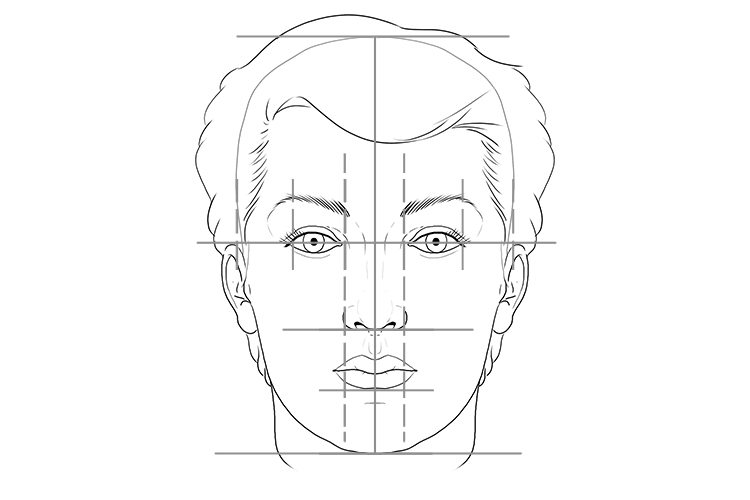 We realise this is quite a confusing image so we have broken it down into sections to help you make sense of it. Once you do, you will start looking at faces differently, and drawing them more confidently. 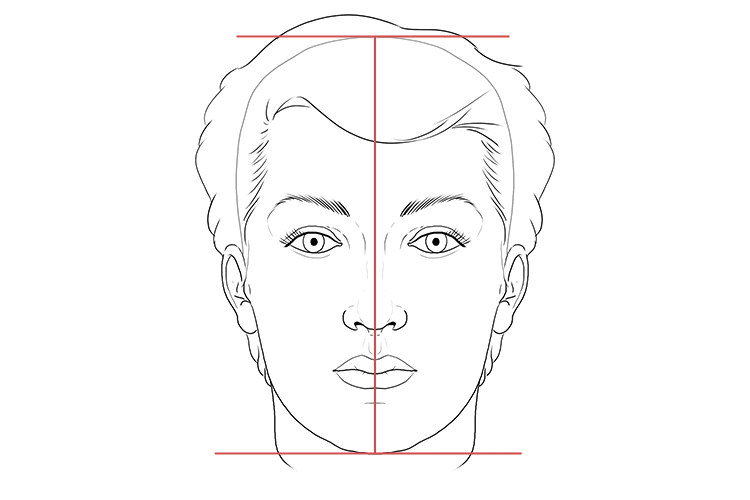 1. The face is near enough symmetrical, so whichever features sit on the one side of the face, they tend to fall around the same area on the opposite side. 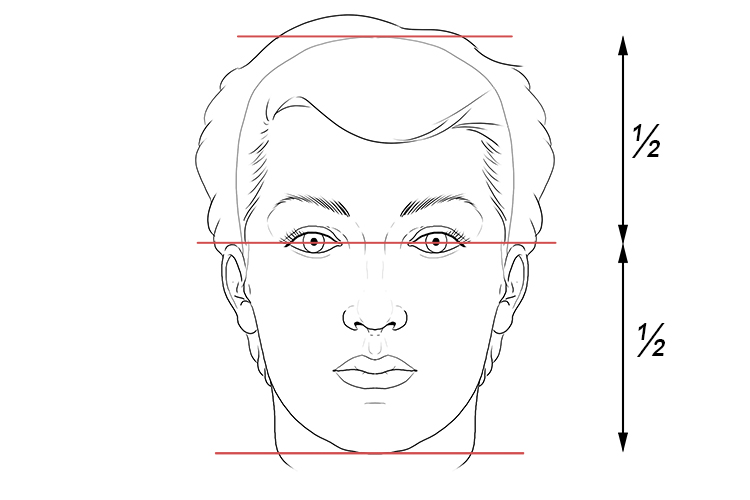 2. The eyes fall halfway between the top of the head and the chin. 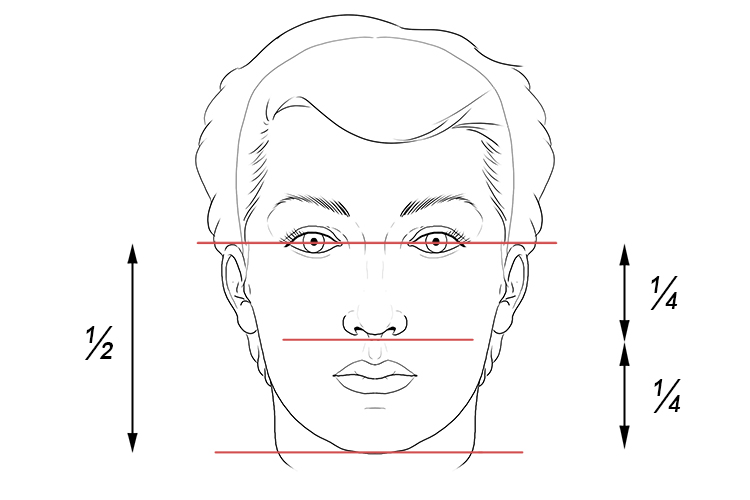 3. The bottom of the nose sits halfway between the eyes and the chin and the ears stretch from the eye line down to the nose line. 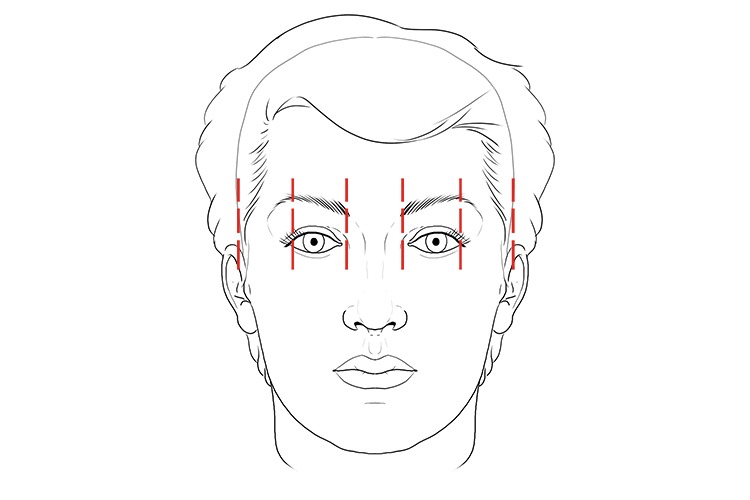 4. The width of the head is five eyes wide. 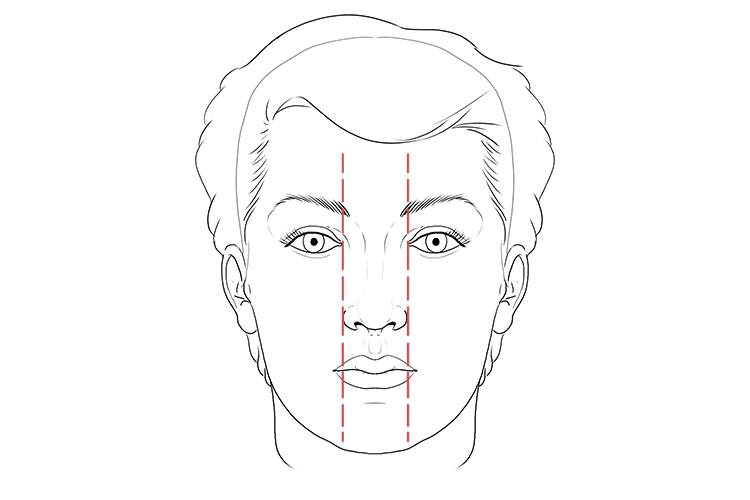 5. The width of the nose is the same as the distance between the eyes (one eye wide). 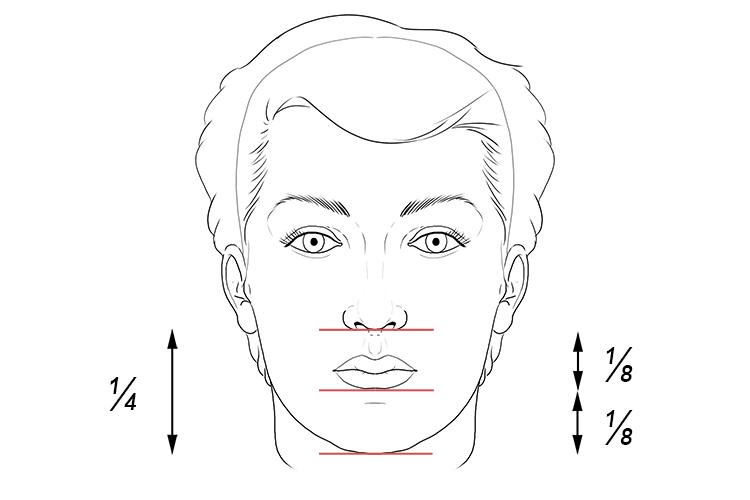 You may notice that there is no set-in-stone rule for the overall width of the face. As all faces are different, the width of the head is used as the varying feature in this technique. No matter the width, it can still be split into five to show the placement and size of the eyes and nose, as shown below:

So, those are the general rules you can apply when drawing a face. Playing around with the concept and accentuating individual features will allow you to draw an endless number of different characters.