Solar energy – The sun's energy exploited by solar panels, collectors or cells to heat water or air or to generate electricity 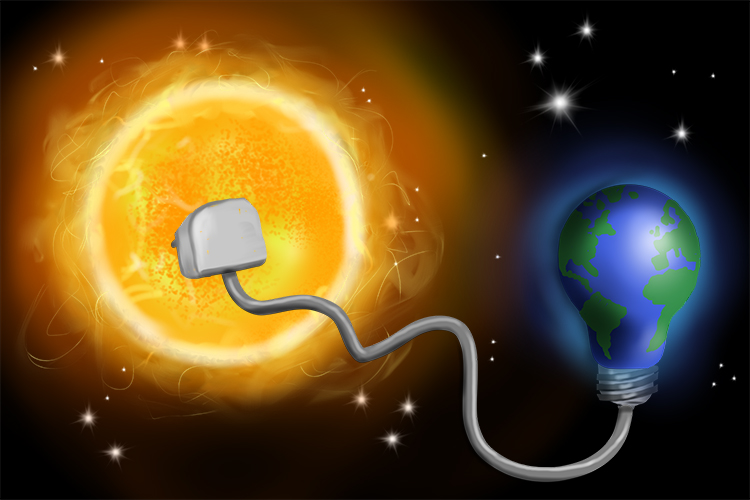 It's so large (solar) and in the sky, it has to be the sun and it gives off light energy.

Solaris = of the sun
(Latin)

Unfortunately, solar energy is not a global answer to mankind's energy needs.

Its effective use depends on the climate. In countries where the sun shines almost every day, solar is a boon. But in countries where cloud is more common, or where days are short for a large part of the year, solar is not a practical solution.

However, countries like the UK – which has an annual average of about 4.5 hours of sunshine per day compared, for instance, with more than nine hours a day in Egypt - can still make effective use of solar power.

The installation of solar panels on the roofs of houses and on an increasing number of industrial and commercial buildings helps reduce dependence on fossil fuels.

The panels can be used for heating hot water or, in what is known as a photovoltaic (PV) system, generate electricity that can be used or stored in batteries for later use. Solar panels are also used to provide outdoor lighting, and lighting for road signage.

While the advantages of solar energy are clear – an endless supply of energy with no pollution – there are some disadvantages over and above the weather dependency considerations already mentioned. These include:

However, the race is on to make solar cells more efficient and less expensive. When this happens, expect solar energy to move into new applications, possibly including transport.