The hydrant could certainly generate some electric power (hydroelectric power). The water the hydrant shot out could spin a turbine and generate a lot of electrical power.

Note: Hydroelectric power and hydropower are the same thing. 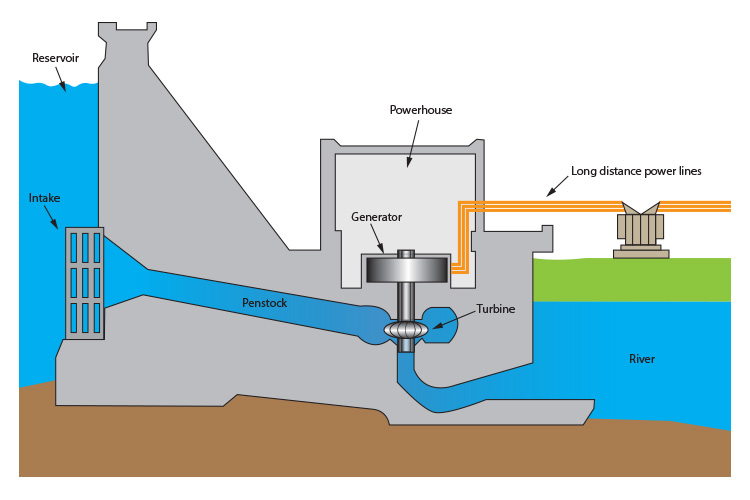 Hydroelectric power is the use of falling or fast-running water to produce electricity.

It is a type of sustainable energy production, achieved by converting the movement of water (kinetic energy) into electrical energy.

Turbines, turned by the power of the moving water, generate electricity, which is then fed into the electrical grid to be used in homes, businesses, and industry.

An example of a highly efficient hydroelectric power plant is situated at Dinorwig, in North Wales. It was built in an old slate quarry on the side of a mountain.

It creates energy by opening its six valves, the ball mechanisms for which are the largest ever built, allowing the water from its top reservoir to flow through turbines to a lower reservoir.

Cheap off-peak surplus power is used to pump water back up to the higher reservoir.