Into them and ejected (interjection) them, which caused aw, oi, ouch and hey from people

Interjections are words that express emotions, feelings and reactions. They are sometimes called exclamations. Examples include aw, oi, ouch, hey, oops and ugh. An interjection is often followed by an exclamation mark to denote surprise, anger or shock, e.g. “Ouch!” 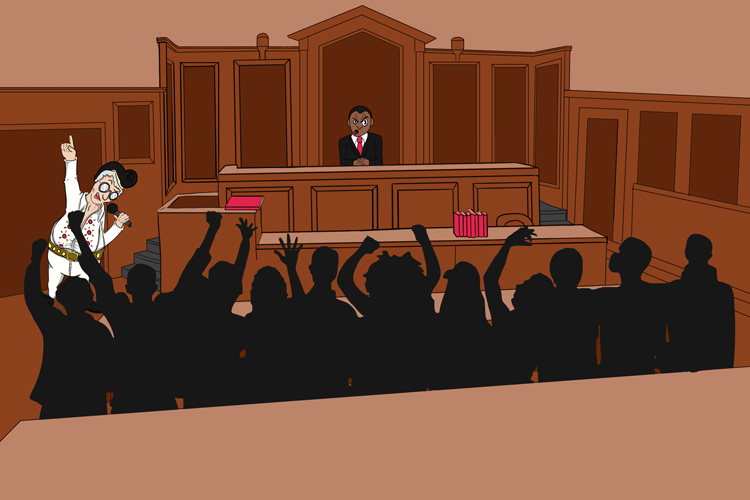 To remember that interjections include words such as aw, oi, ouch, hey, oops, ugh and pow, see the following picture:

The police had to use a lot of crowd dispersal techniques to remove the protesters from the court house.