A sentence is a set of words that contain a subject and a predicate.

Subject – the person or thing that is doing something.

Predicate – the part of the sentence that tells us what the subject does or is. A predicate always contains a verb.

A sentence begins with a capital letter and ends with a full top, a question mark or an exclamation mark.

If you remember the story of the Nine Parts of Speech, you will know that Grandma (grammar) went to court – but the outcome of the court case – the sentence – was not revealed. Here’s what happened:

The person giving the verbal abuse was sentenced: 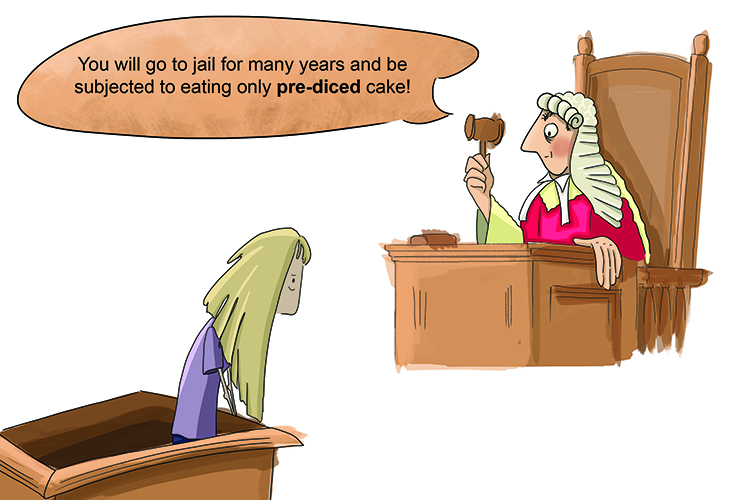 The sentence was for many years, and the convicted person was also subjected (subject) to eating only pre-diced cake (predicate).

In this instance, “the man in the blue shirt” is the subject. The action he performed was stealing the camera, so “stole the camera”, which contains the verb “stole”, is the predicate.

In this sentence, “the residents of the street” are the subject. What they are doing is holding a party, which contains the verb holding, so “holding a party” is the predicate.

There may be more than one subject and predicate in a sentence, for instance: