NOTE: In order to know what a Klingon is you need to watch Star Trek. 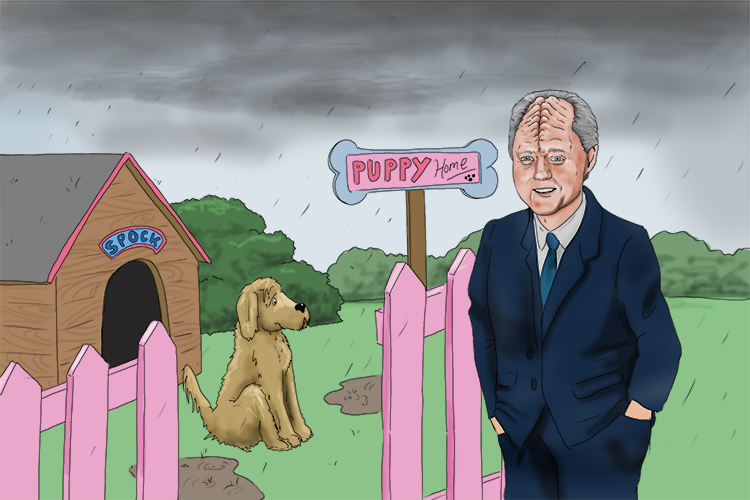 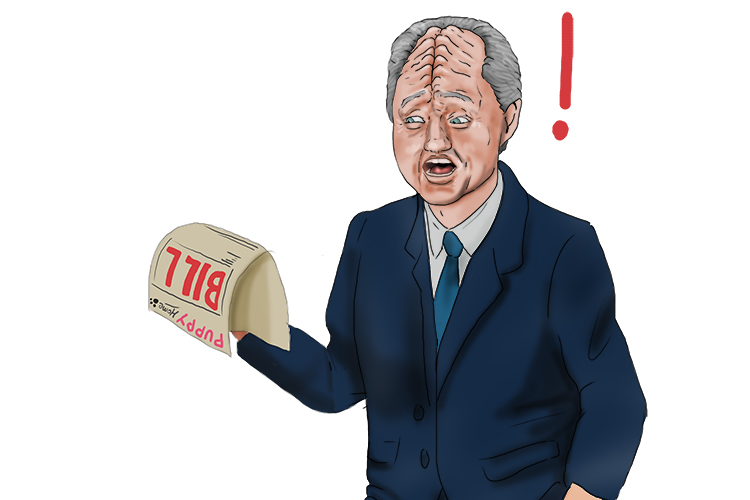 The Klingon (Clinton) was shocked at the bill (Bill) he received for the new puppy.

NOTE: The way Mammoth Memory remembers Bill is to think a bill.