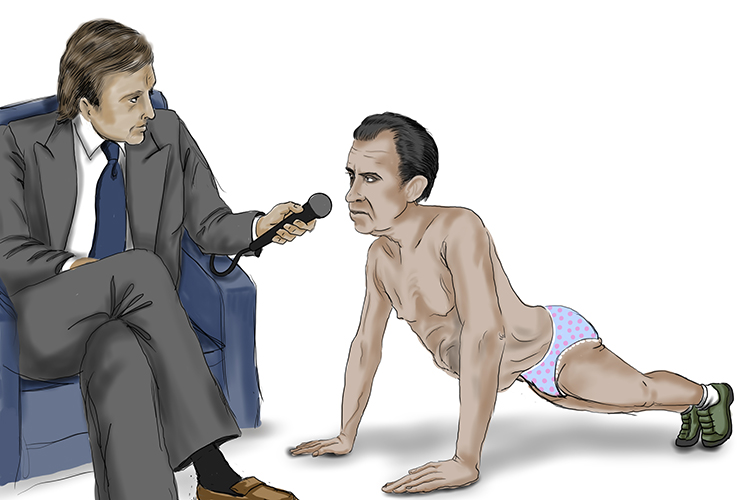 The mic (37) was placed in front of the president who had just knickers on (Nixon) while he did a pushup (969). 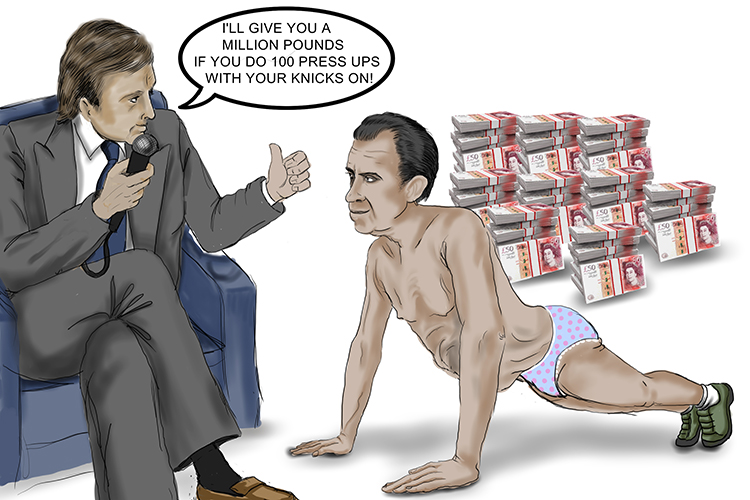 The reason he kept those knickers on (Nixon) was that his best friend said, "I will make you rich (Richard) if you do because I will become the most famous interviewer ever".

NOTE: The way Mammoth Memory remembers Richard is to think Richard is Rich.