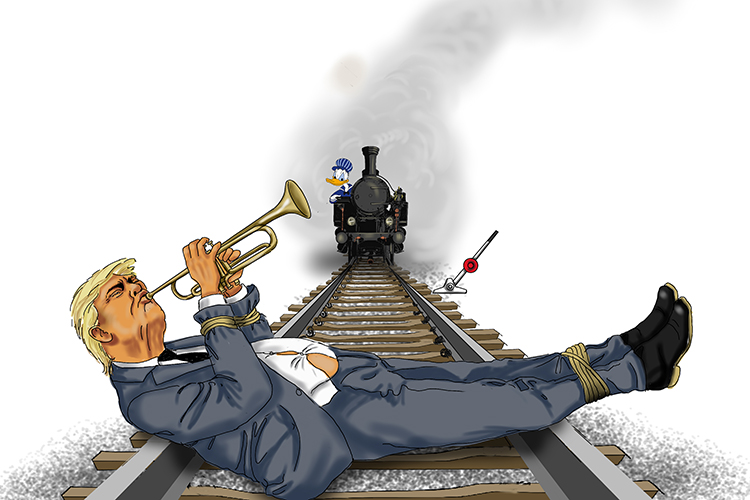 As the train sped along the rail (45) tracks the President played his trumpet (Trump) hoping someone would pull the stick (017=2017) to divert the train. 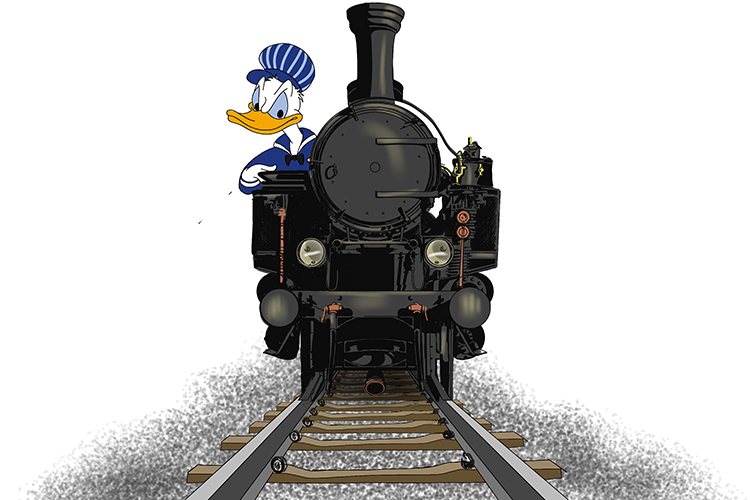 He hoped the trumpet (Trump) would get people's attention before Donald Duck (Donald) ran him over in the train.