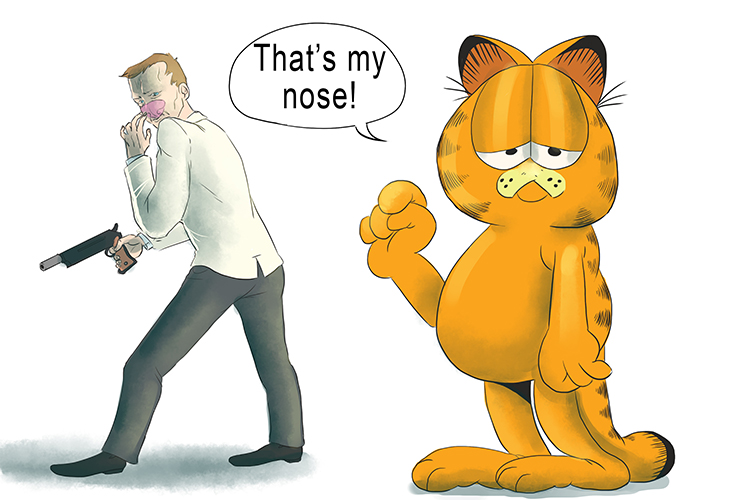 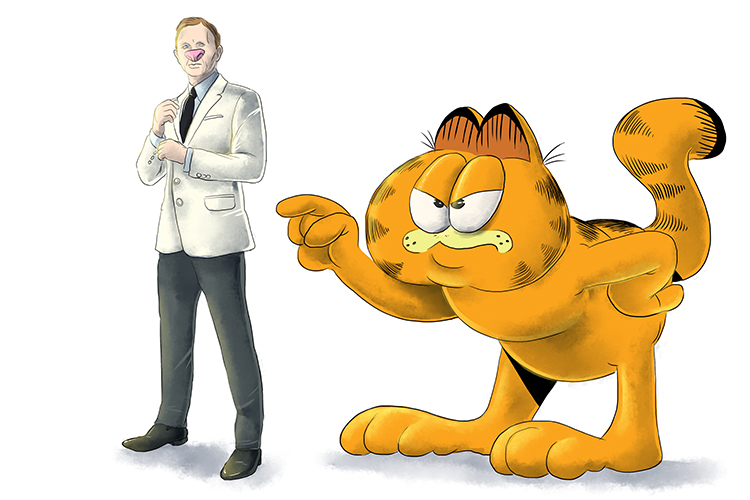 Garfield (Garfield) lost his nose. Where did he find it? Yes! – at the end of James Bond's face. When the man turned around, it was James Bond.

The way Mammoth Memory remembers James is to think of James Bond.