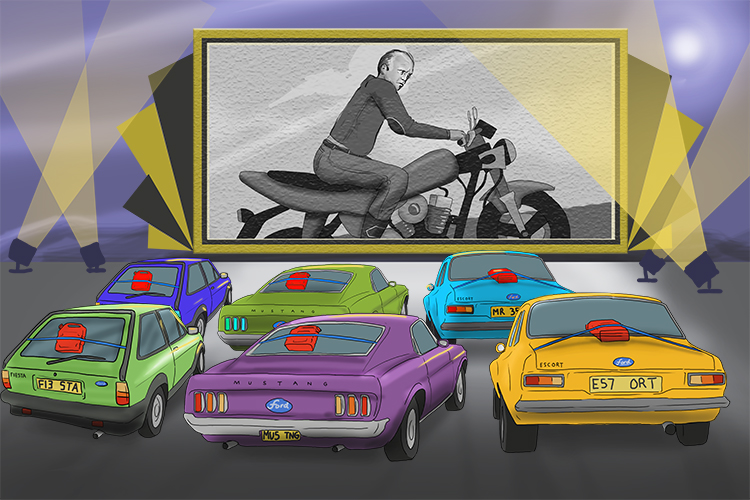 All the people watching the movie (38) at the drive-in cinema drove Ford (Ford) cars, which was strange seeing as the film was about a biker (974=1974).

On the back of all the Ford (Ford) cars were strapped Jerry (Gerald) cans because it was such a long way to the movies.

NOTE: The way Mammoth Memory remembers Gerald is to think Gerald the Jerry can.