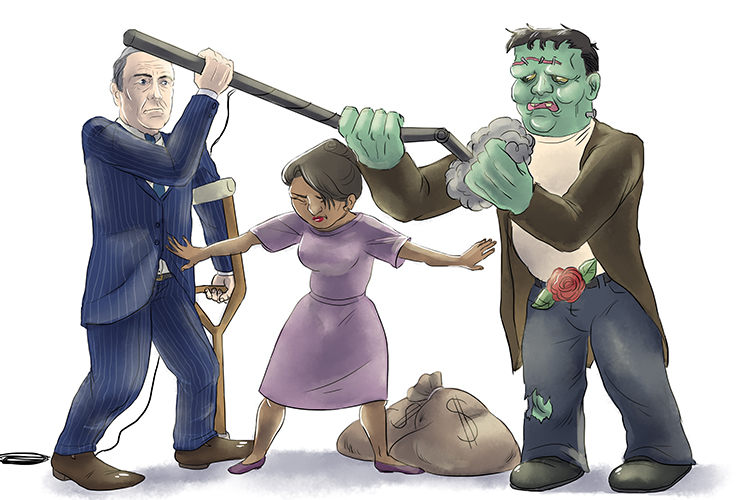 Money (32) was offered for an exclusive report on Frankenstein's rose belt (Franklin Roosevelt = Franklin D. Roosevelt). Money was no motivator for Frankenstein – he just liked pretty things like his rose belt and now he wanted the boom mike (933 = 1933).

NOTE: For this president, we have combined surname and first name in the one image. As this is the SECOND Roosevelt to be president, we needed to distinguish between Franklin D and Theodore Roosevelt.