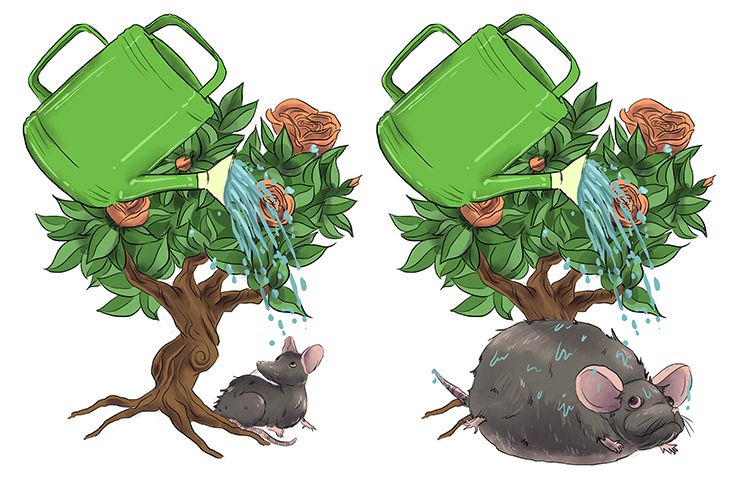 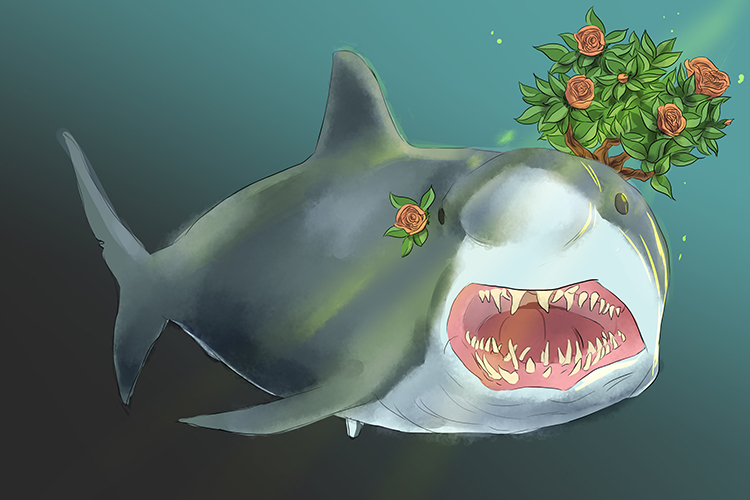 The Heavily Watered Bush (H W Bush) was so heavily watered it got washed into the sea and Jaws (George) used the roses to make her feel pretty.

NOTE: The way Mammoth Memory remembers George is Jaws (If you always use Jaws for George then you won't get confused and call H W Bush Mr Shark H W Bush).