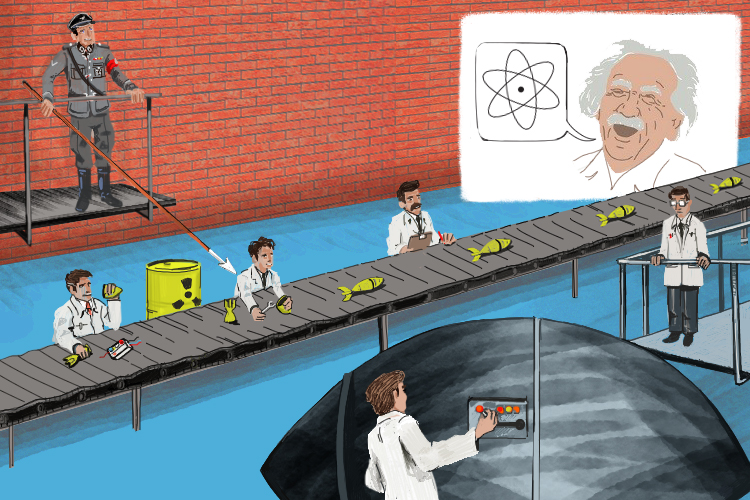 Albert Einstein predicted Albert Speer would use his giant spear to get people to manufacture everything including an attempt to make a nuclear bomb.

Albert Speer was an architect before he joined the Nazi Party in 1931. Hitler appointed him General Building Inspector for Berlin, a position that made him responsible for the eviction of Jewish tenants from their homes in the city.

Later, he was appointed Minister for Armaments and War Production. He used false statistics to suggest he performed an “armaments miracle” that helped keep Germany in the war. Speer exploited slave labour for the benefit of the German war effort.

After the war, he was tried and found guilty of war crimes and crimes against humanity, but avoided the death sentence. He was sent to Spandau prison and served his full sentence of 20 years, being released in 1966. Albert Speer died of a stroke in 1981, aged 76.

Interesting fact: Speer claimed he had been unaware of Nazi extermination plans, and this probably saved him from hanging. However, his claim was revealed to be false in a private correspondence written in 1971 and publicly disclosed in 2007.