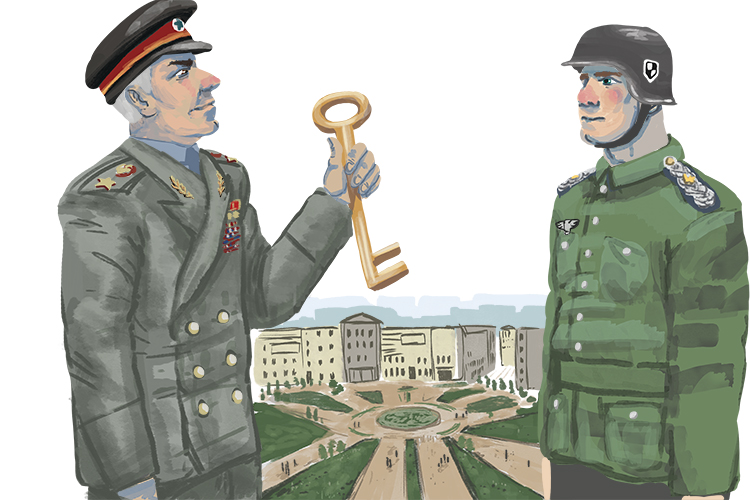 You think this is your key (Georgy) to Stalingrad... 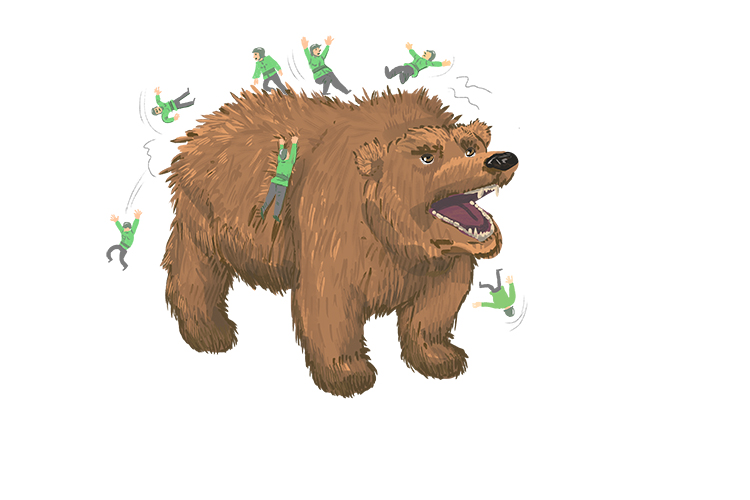 ...but the Russians just shook off (Zhukov) the Germans.

Zhukov served as a cavalry commander and later studied military science at the Frunze Military Academy in Moscow (graduating in 1931) and in Germany. He rose steadily through the ranks.

He served as chief of staff of the Soviet army during the Winter War, which the Soviets fought against Finland at the outset of World War II.

In 1941, Zhukov was appointed chief of staff of the Red Army. After the Germans invaded the Soviet Union in June 1941 he organised the defence of Leningrad (which now goes under its old name of St Petersberg). Later, he was made commander-in-chief of the western front, directing the defence of Moscow and a huge counteroffensive that drove the Germans back from central Russia.

The Battle of Stalingrad (as the city was then known – it's called Volgograd today) took place from August 1942 to February 1943. It was the biggest confrontation in the history of warfare. A huge Soviet offensive, planned by General Zhukov and his team, proved to be the turning point of the long battle.

The offensive was launched in two spearheads and took the Germans completely by surprise. They had thought the Soviets incapable of mounting such a spirited attack.

The two prongs of the attack linked up and the Germans were completely surrounded. The German high command sought permission for troops to break out of the encirclement and rejoin the main German forces west of the city but Hitler refused to contemplate a retreat.

With the arrival of winter and the dwindling of food supplies, the German forces weakened. Despite some late efforts to break through the Soviet encirclement, the surrounded Germans were in an impossible situation and on February 2, 1942, they surrendered.

Russian military historians estimate that 1,100,000 Red Army troops were killed, wounded, went missing or were captured in the campaign to defend the city. A huge number of civilians died, too.

The Soviets recovered about 250,000 German and Romanian bodies in and around Stalingrad. Total Axis casualties (Germans, Romanians, Italians, and Hungarians) have been estimated at over 800,000 dead, wounded, missing, or captured.

Interesting fact: Only 5,000-6,000 of the 91,000 Axis troops who surrendered at Stalingrad returned to their homelands (the last of them a decade after the end of the war). The remainder died in Soviet prison and labour camps.