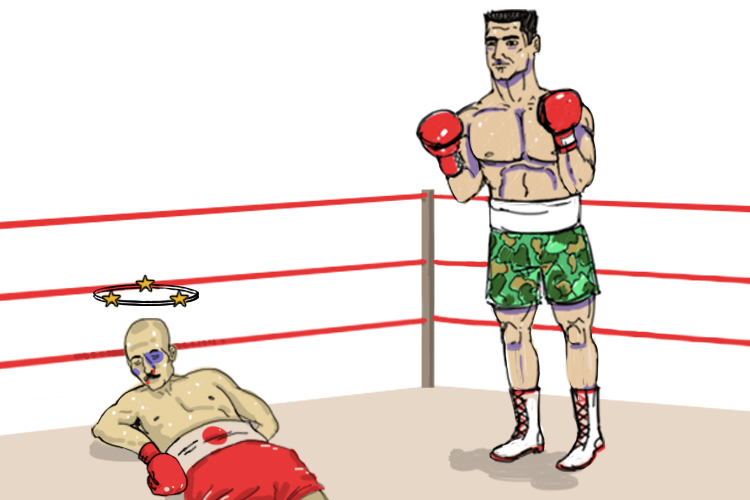 In 1931, Japan invaded Manchuria, a region in northeastern China, and established a puppet state there. In 1934, Hideki Tojo, a senior Japanese army officer who hated the western world and gave complete allegiance to Japanese Emperor Hirohito, was promoted to major general and the following year was put in charge of Japan's Gestapo-style military force in Manchuria.

He expressed the view that Japan should become a totalitarian state to prepare for the next inevitable war.

His power grew and he earned the nickname "Kamisori", which means "Razor", for his decisiveness and, some historians say, his cold-bloodedness.

In 1938 Tojo became Japan's vice-minister for war and in 1940 he was appointed army minister.

When war began between Japan, the aggressor, and China, America imposed economic sanctions on Japan, including restriction of key resources such as gasoline (more than 80 per cent of Japan's gasoline came from the U.S. at that time). But instead of crippling Japan, the sanctions emboldened it to align against the U.S.

Japan signed the Tripartite Act with Germany and Italy in 1940, and sent its forces into Southeast Asia to secure strategic resources there. The U.S. objected and imposed more sanctions.

On December 7 1941, Japan launched its infamous attack on Pearl Harbour. Japan was officially at war with the U.S. and the British Empire.

Tojo initially enjoyed great popularity in his country as the Japanese achieved victory after victory, but after the Battle of Midway in June 1942, fortunes turned in favour of America and Hideki Tojo's popularity waned.

Tojo tried to commit suicide by shooting himself in the chest, but the wound was not fatal. He was convicted of war crimes and, on November 12 1948, was sentenced to death. He was hanged six weeks later.