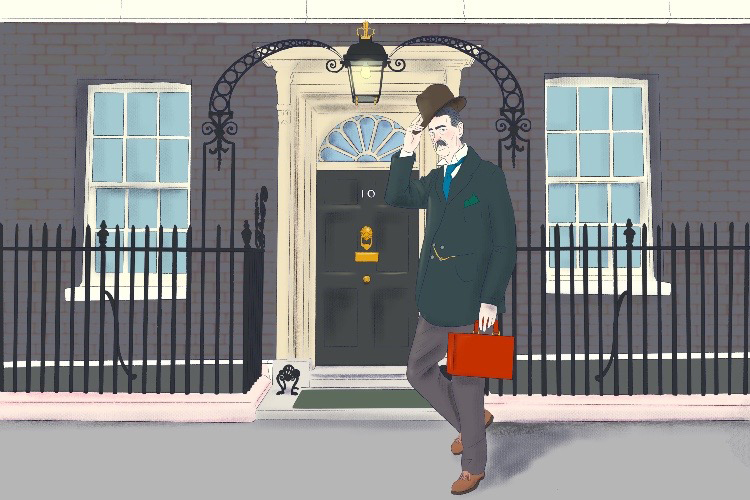 This is no villa (Neville), or chamber or inn (Chamberlain), this is 10 Downing Street.

Neville Chamberlain will forever be regarded as the British Prime Minister who tried to "appease" Adolf Hitler to prevent war.

He became a Conservative MP in 1918 and served in a number of ministerial positions before becoming Prime Minister in May 1937.

In September 1938, Chamberlain went to Germany three times in efforts to prevent the outbreak of war over Hitler's demand that Czechoslovakia should hand over the Sudetenland to Germany. The Sudetenland comprised parts of Bohemia and northern Moravia near the Sudeten mountain ranges.

In the Munich Agreement of September 30 1938, Chamberlain and the then French Prime Minister, Édouard Daladier, granted almost all of Hitler's demands and left Czechoslovakia defenceless.

Chamberlain returned to England as a popular hero, using phrases such as "peace with honour" and "peace for our time".

However, as insurance against the continuing possibility of war, he immediately ordered the speeding up of the British rearmament program.

In March 1939, when Hitler seized the rest of Czechoslovakia, Chamberlain gave up his policy of appeasement and subsequently published guarantees from Britain and France of armed support for Poland, Romania and Greece in the event of similar attacks. The following month, peacetime military conscription was introduced in Britain for the first time.

In August 1939, Britain's commitment to Poland was formalised with the signing of the Anglo-Polish pact. When the Germans invaded Poland on September 1 1939, Chamberlain declared war on Germany.

During the "Phoney War" period of sporadic military action, Chamberlain took his foremost critic, Winston Churchill, into his war cabinet as First Lord of the Admiralty.

Following a failed British expedition to Norway in April 1940, Chamberlain lost support among fellow Conservative MPs. He resigned on May 10 1940 which, by coincidence, was the day Germany invaded the Low Countries – Belgium, the Netherlands and Luxembourg.

Chamberlain served for a few months in Churchill's coalition government as Lord President of the Council until ill health forced him to resign. He died on November 9 1940, aged 71.

Interesting fact: Before entering politics, Chamberlain managed his father's sisal plantation on Andros Island in the Bahamas. The fibre of sisal plants is used in making twine, rope, carpets, mattresses, filters, dartboards and many other things.