Chester Nimitz – Commander in chief of the U.S. Pacific Ocean areas with operational control over all allied units (air, land, and sea) 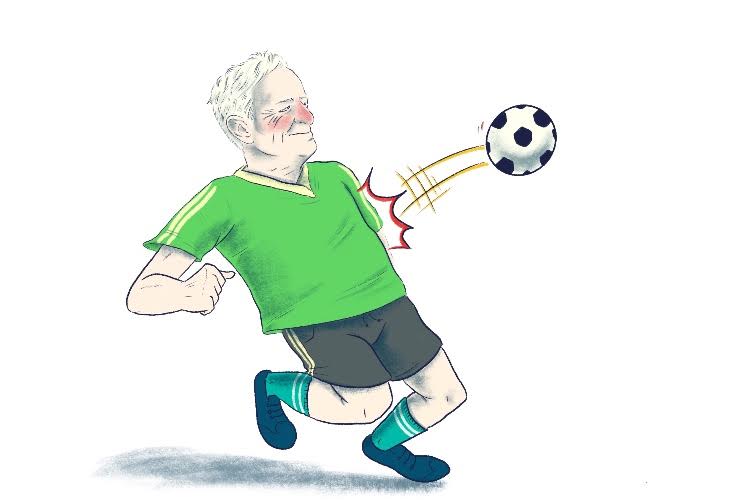 He chested (Chester) the ball down... 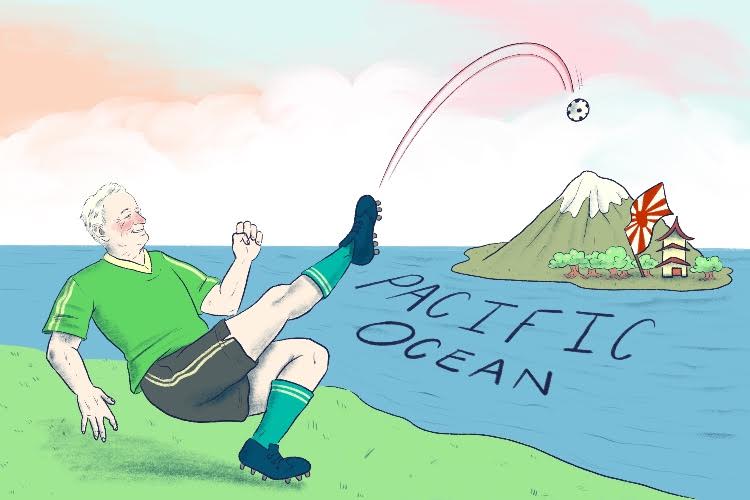 ...and in minutes (Nimitz) drove it right across the Pacific Ocean into Japan.

Chester Nimitz graduated from the U.S. Naval Academy at Annapolis, Maryland, in 1905 and served in the First World War as chief of staff to the commander of the U.S. Atlantic Submarine Force.

Nimitz continued in a variety of roles at sea and on land until 1939 when he was made chief of the Bureau of Navigation of the U.S. Navy.

After the Japanese attacked Pearl Harbor in December 1941 and the U.S. entered World War II, he was promoted to Commander in Chief of the Pacific Fleet – a position that brought both land and sea forces under his control.

His early successes, in 1942, included the Battle of the Coral Sea and the Battle of Midway. Over the next three years, the Battles of the Solomon Islands, Gilbert Islands, Marshall Islands, Marianas, Palaus, Philippines, Iwo Jima and Okinawa were all fought under his direction.

In 1944, Nimitz was promoted to Fleet Admiral, the U.S. Navy's highest rank.

The Japanese surrender was signed on board his flagship, USS Missouri, in Tokyo Bay on September 2 1945.

Interesting fact: Nimitz was significantly influenced by his German-born paternal grandfather, Charles Henry Nimitz, a former seaman in the German Merchant Marine, who taught him: "The sea – like life itself – is a stern taskmaster. The best way to get along with either is to learn all you can, then do your best and don't worry – especially about things over which you have no control."