Karl Dönitz – Commander in chief of German U-boats during WWII

Hitler named Dönitz his successor as head of state. 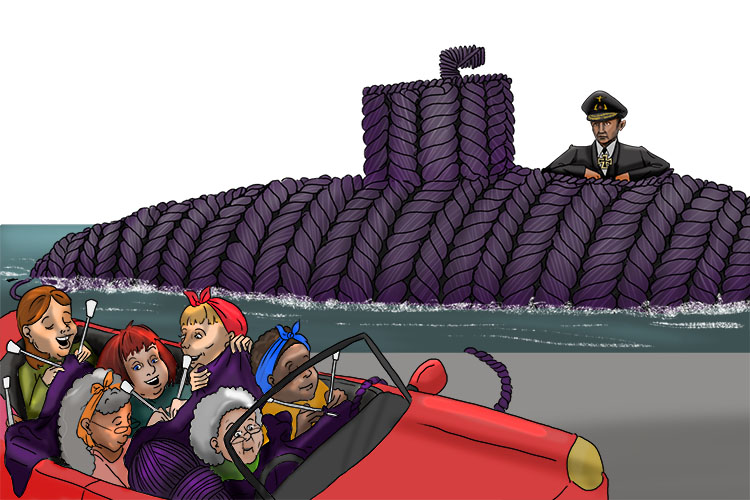 The carload (Karl) do enjoy knitting (Dönitz) submarines for the commander in chief of the U-boats.

After Hitler's rise to power, Dönitz secretly supervised the building of the new German U-boat fleet. The work was hidden from the outside world because the Treaty of Versailles, drawn up after Word War I, imposed an absolute ban on German submarine construction.

In 1936, three years before the outbreak of World War II, Dönitz was appointed commander of the U-boat fleet he had created.

He led the U-boats in the Battle of the Atlantic, inflicting a great deal of damage on the Allies.

In January 1943 he was appointed commander-in-chief of the entire German navy. His expertise and loyalty earned him the confidence of Hitler.

In April 1945, as the Nazi regime was collapsing, Hitler made Dönitz head of the Northern Military and Civil Command. In his last political testament, Hitler named Dönitz his successor as President of the Reich, Minister of War and Supreme Commander of the Armed Forces.

Dönitz assumed all of those powers on May 2 1945, following Hitler's suicide, but held office for only a few days as Allied forces closed in.

The post-war military tribunal in Nuremberg sentenced Dönitz to ten years in prison.

Interesting facts: Karl Dönitz was released from prison in 1956 and retired on a government pension. His memoirs were published in 1958. He died on December 24 1980, aged 89.