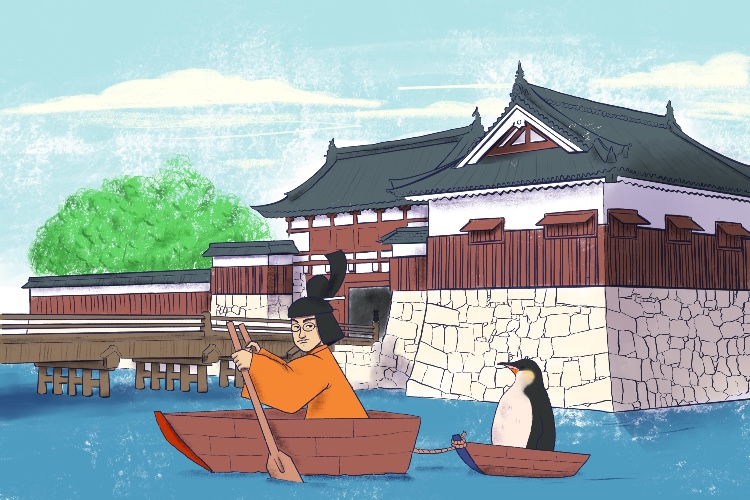 He rowed and he towed (Hirohito) a King Emperor penguin around his palace's moat.

Hirohito was Emperor of Japan from 1926 until his death in 1989 – the longest-serving monarch in Japan's history. His reign was designated "Shōwa", which means "Bright Peace" or "Enlightened Harmony" – but at least part of his reign was to be anything but peaceful and harmonious.

Historians are divided over the role Hirohito played during World War II. Some suggest he had misgivings over the war with the United States and Japan's alliance with Germany and Italy, and that he was forced to go along with the militarists.

Others claim Hirohito was an active participant in the planning of policies aimed at increasing Japan's domain and influence – known as an "expansionist" policy which includes taking other nations' territory.

It may be that Hirohito lay somewhere between these two interpretations.

Whatever the truth, it is a fact that in August 1945, when Japan was facing defeat and the country's leaders were divided between surrender and desperate defence of their home islands, Hirohito settled the dispute in favour of peace.

Hirohito broke traditional imperial silence when he made a national radio broadcast to announce Japan’s acceptance of the Allies’ terms of surrender.

Interesting fact: In another radio broadcast on January 1, 1946, Hirohito repudiated (rejected) the traditional quasi-divine status of Japan’s emperors. Until then, many in Japan, particularly those who followed the country's ethnic Shinto religion, had regarded the Emperor as a living god.