Battle of the Coral Sea

The Japanese wanted to take Port Moresby in New Guinea which would then enable them to attack Australia. However, the USA aircraft fleet prevented this from happening at the Battle of the Coral Sea. 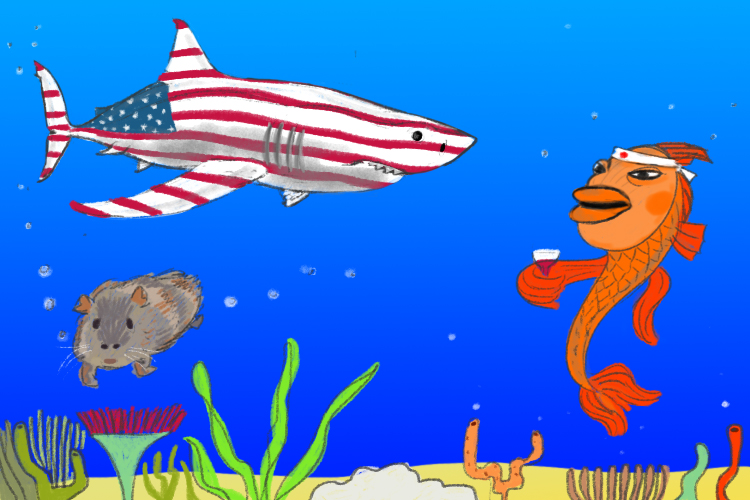 Among the coral in the sea (coral sea), the Japanese fish was drinking more port (Port Moresby) as an American shark and a guinea pig swam past (New Guinea).

The Battle of the Coral Sea was a four-day skirmish in May 1942 – the first air-sea battle in history.

The Japanese sought control of the Coral Sea – part of the South Pacific off the northeast coast of Australia – by invading Port Moresby in New Guinea.

However, their plans were intercepted by Allied forces. When the Japanese landed in the area, they were attacked by planes from the aircraft carriers of the American task force, commanded by Rear Admiral Frank J. Fletcher.

Although both sides suffered damages to their carriers, the battle left the Japanese without enough planes to cover the ground attack of Port Moresby, which gave the Allies a strategic victory.

Interesting fact: The Japanese losses in this battle meant they had fewer carriers, aircraft and men to commit to the Battle of Midway which took place the following month; this had a significant bearing on the outcome of Midway – victory for the United States.