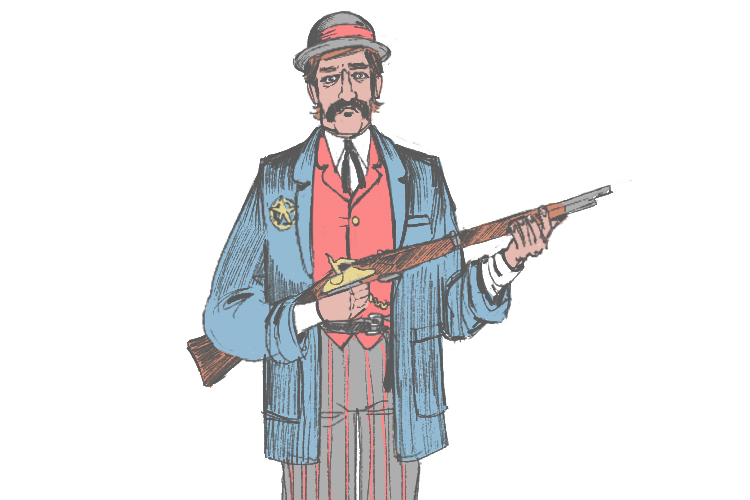 The Flintlock gun (Operation Flintlock) was used by the Marshall (Marshall Islands).

Operation Flintlock was the initial phase of the American invasion of the Japanese-held Marshall Islands during World War II. It took place over five days from January 31 to February 4, 1944.

The islands were a strategic target for the Americans – their capture would allow the U.S. to threaten the inner ring of Japanese defences.

Rear Admiral Harry Hill's task force formed the reserve, ready to assist any of the two invasion forces after securing Majuro. The entire operation was covered in the sky by Vice Admiral Marc Mitscher's planes from six fleet carriers and six light carriers, which were escorted by eight battleships and a full complement of cruisers and destroyers.

The occupation of Majuro was the easiest. Plans were in place to deal with fairly sizable garrisons. However it quickly became clear that there were few, if any, Japanese troops there, and eventually only a single naval officer was found, effectively acting as a caretaker.

The Roi-Namur invasion started smoothly on five nearby small islands, but weather and inexperience in amphibious operations caused major confusion and delays during the landing on Roi-Namur itself the next day. However, Japanese resistance was much lighter than expected after the successful pre-invasion aerial and naval bombardment. The landers faced a garrison of only 300 Japanese. Roi-Namur was secured with only 51 Japanese survivors.

After a similar first phase of capturing smaller outlying islands in the atoll, the Kwajalein landings went much more smoothly. The 7th Infantry Division's men, vehicles, and equipment were unloaded with order and efficiency. This was partly because most of the Japanese defences were established on the ocean side of the island instead of the reef siding; since the defences were constructed, the Americans had gained the ability to traverse over coral reefs. Another reason for the success was the effective pre-landing bombardment.

As the Americans advanced over Kwajalein, the Japanese countered the Americans with a series of fierce infantry charges backed by strong bunkers and pillboxes. By the morning of February 2, only 1,500 of the original garrison of 5,000 Japanese were still alive. By the time the island was secured, only 265 Japanese survived as captured prisoners

The Americans had lost one for every 100 killed.

Interesting fact: The success of Operation Flintlock meant the Americans were able to bring forward Operation Catchpole, the invasion of Eniwetok – another Marshall Islands atoll – from May to mid-February 1944. As a result, the newly arrived Japanese defenders of that atoll were unable to prepare proper defences and the main islands fell in only six days.