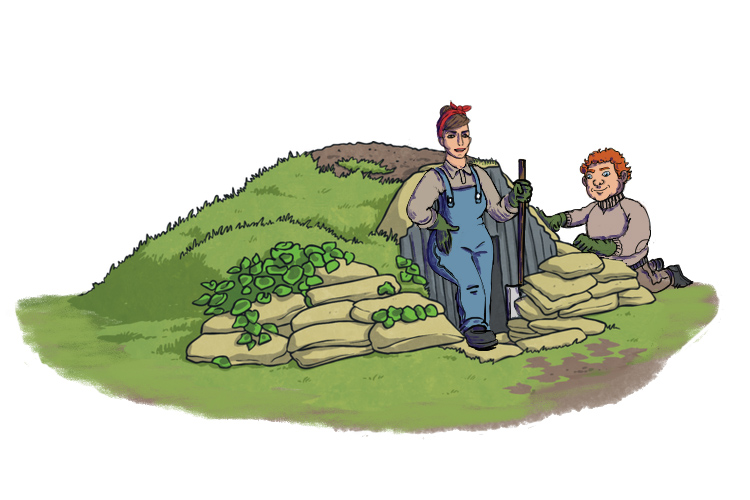 She and her son (Anderson shelter) built a shelter. 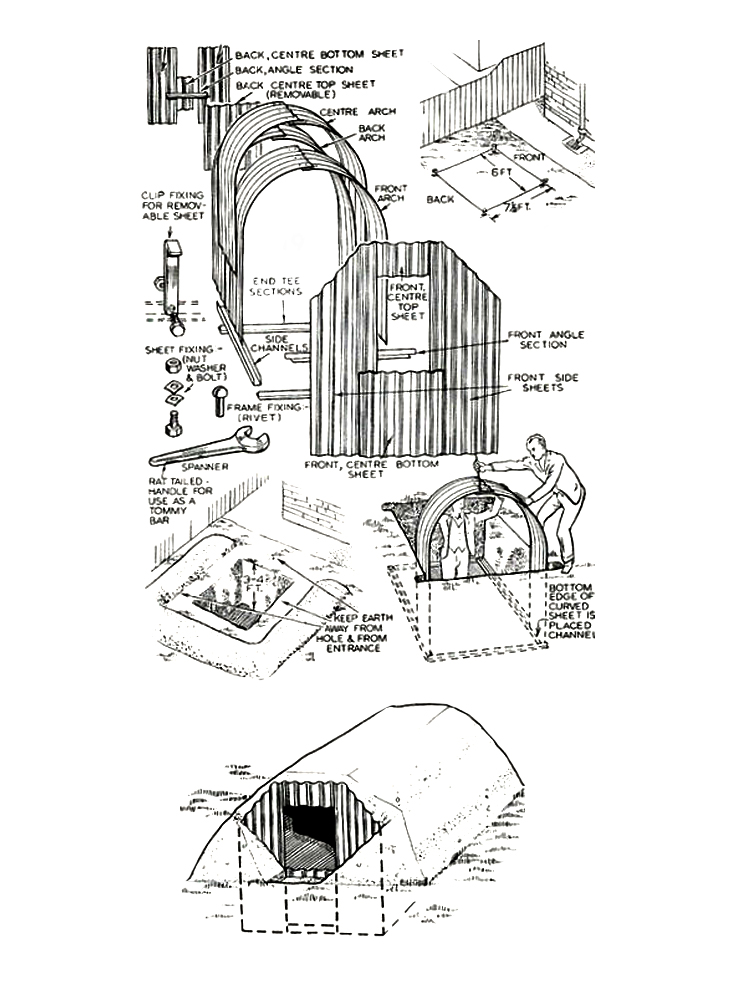 Anderson Shelters were small, inexpensive shelters that could be placed in people's gardens. They were designed to provide protection for those living in areas expected to be bombed by the German air force, the Luftwaffe.

The shelters were named after John Anderson, who was Home Secretary and Minister of Home Security at the start of World War II. He commissioned engineer William Patterson to design them.

Within a few months, nearly one and a half million of the shelters had been distributed. They were provided free to "poor" people, while those who earned more than £5 a week could buy one for £7.

The shelters were made from six curved sheets bolted together at the top, with steel plates at either end. They measured 6ft 6ins by 4ft 6ins (1.95m by 1.35m) and could accommodate up to six people. They were half-buried in the ground with earth heaped on top of them.

The entrance was protected by a steel shield and an earthen blast wall.

A survey conducted in November 1940 – by which time Herbert Morrison had replaced John Anderson as Home Secretary – revealed that the majority of people in London did not use the shelters. Many wanted a shelter inside their own home, where they would be warmer and generally more comfortable.

So it was that in March 1941, the Morrison Shelter was introduced – a family shelter that could be erected indoors.

Interesting fact: Because Anderson Shelters were designed for placing in people's gardens, around a quarter of the population was unable to take advantage of them – they didn't have gardens!