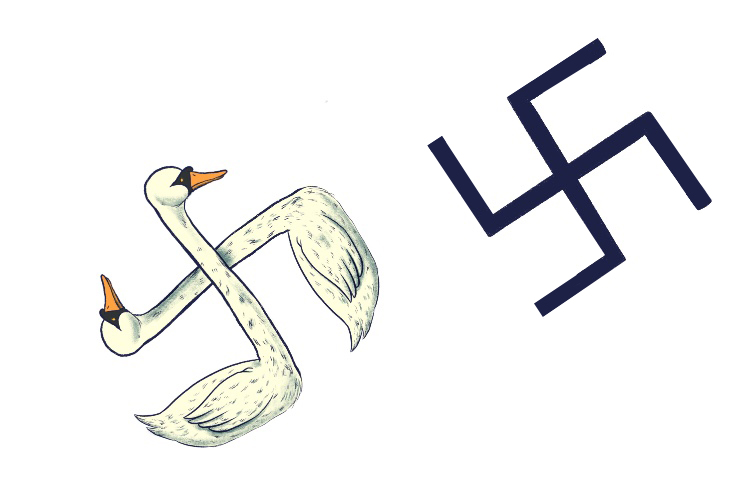 Two swan stickers (swastika) in the shape of the Nazi emblem.

Germany's Nazi party officially adopted the swastika (which they referred to as the "hakenkreuz", or "hooked cross") as its symbol or emblem in 1920. They designed it as a black hooked cross rotated 45 degrees in a white circle on a red background. It was used on the Nazis' flag, badge and armband.

The Nazis considered the swastika to symbolise creative, effective life and the supremacy of the so-called Ayrian race.

Because of its use by Nazi Germany, the swastika has been thought of as a symbol of hate in the Western world since the end of World War II. Its use is prohibited in some countries, including Germany, although it is still used by some white supremacist groups.

Interesting fact: The swastika, in various forms, has been widely used in history by followers of many different faiths and movements. In the Indian Hindu religion, it symbolises prosperity and good luck, while in some other religions it symbolises lightning bolts, representing the thunder of the gods.